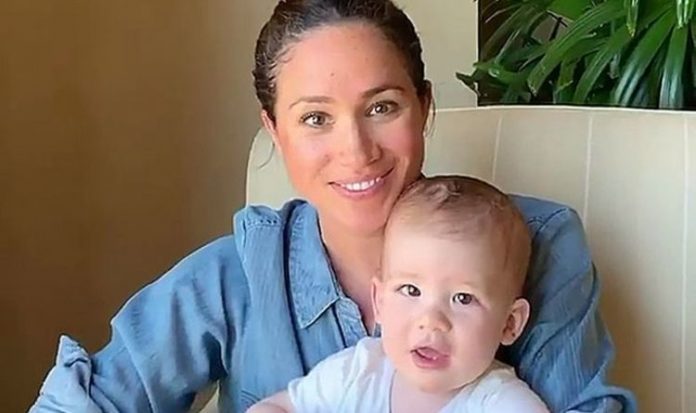 Meghan Markle has changed her name on her son Archie Harrison’s birth certificate, sparking speculation as to why the Duchess of Sussex made the late change. Archie, who will turn two in May, is the only child of Meghan and her husband Prince Harry.

The birth certificate was changed a month after the royal baby was born, and originally showed Rachel Meghan as the Duchess’s chosen name.

Rachel is Meghan’s real first name, but she chose to go by Meghan earlier in her acting career prior to her life in the Royal Family.

READ  Ensuring justice and accountability are delivered across Sudan

The certificate now reads ‘Her Royal Highness the Duchess of Sussex’.

The amendment was made on June 5, 2019, less than a month after the child was born.

“Perhaps this is another sign they were desperate to do something different to the Cambridges.”

The news comes alongside reports that Meghan will not return to the UK with her husband Prince Harry later this year for a number of key royal events.

This summer there is likely to be a Trooping the Colour to celebrate the Queen’s birthday, after it was cancelled in 2020 due to the coronavirus crisis.

Prince Philip will also be celebrating his 100th birthday, and Prince Harry and Prince William are due to unveil a statue of their late mother, Diana, Princess of Wales, in London.

It will likely be the first time the brothers have been seen together since their last royal engagement together in March 2020.

It is thought the Duchess is avoiding the return to avoid the British media.