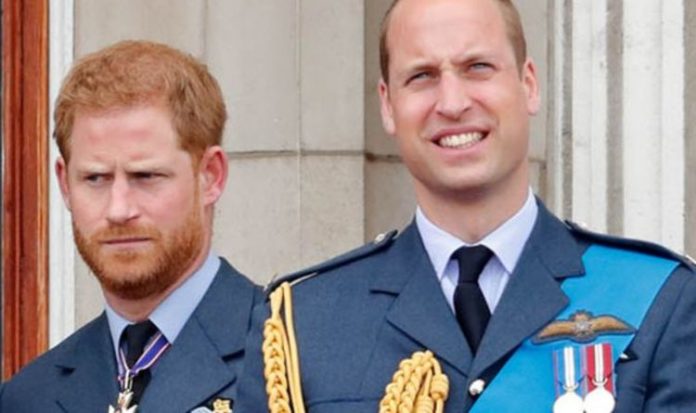 Prince Harry and Prince William commissioned the piece to mark the 20th anniversary of Diana’s death in 2017. Royal commentators noticed the move to immortalise a royal figure in stone is usually bestowed on kings or queens. The statue, which will be installed on what would have been Diana’s 60 birthday on July 1, will be an official royal approved piece despite unofficial statues of the Princess existing around the world.

On Channel 5’s “Secrets of The Royal Palaces”, narrator Glynis Barber said: “20 years after her death sparked national mourning and a sea of flowers outside Kensington Palace, William and Harry commissioned a statue of Diana to cement her legacy.

“It is an honour almost exclusively reserved for kings and queens.”

Renowned sculptor Ian Rank-Broadley was put in charge of the commission after having showcased his skills with other works for the Royal Family, including with a design of the Queen’s portrait now featured on British coins.

Royal commentator Wesley Kerr said it would be a difficult task for the sculptor.

He said: “It’s a difficult commission because I think she’s a very hard person to capture in a sculptor, she was so vivid.”

Journalist Susie Boniface agreed Mr Rank-Broadly had a hard job to do.

She said: “The sculptor not only has to please every single one of Princess Diana’s millions of fans but also two royal princes who are very used to having things done their own way.”

The documentary points out that there has been a three-year delay on the creation of the statue which has raised several questions as to why that is the case.

Mr Kerr pondered on the show whether there were issues with fundings or if there were second thoughts about installing the art piece.

Daily Mirror Royal Editor Russell Myers said it could be evidence of a “fractious” relationship between the royal brothers who may be disagreeing behind closed doors.

Prince Harry is set to visit the UK in June but reports say he will not be joined by wife Meghan Markle.

It is believed the royal will attend Prince Philips 100th birthday and the Trooping of the Colour if the events still go ahead.

The trip means he will also be at the reveal of the statue and which could the first time he has met with Prince William publicly since his departure from the Royal Family.

Princess Diana died on August 31, 1997 when her car crashed while speeding away from paparazzi in the Alma Tunnel in Paris.

The statue to commemorate her life will be unveiled at Kensington Palace where she lived as a royal.

Reports say Meghan Markle will not join Prince Harry on his trip and cited “personal and practical” problems as the reason.