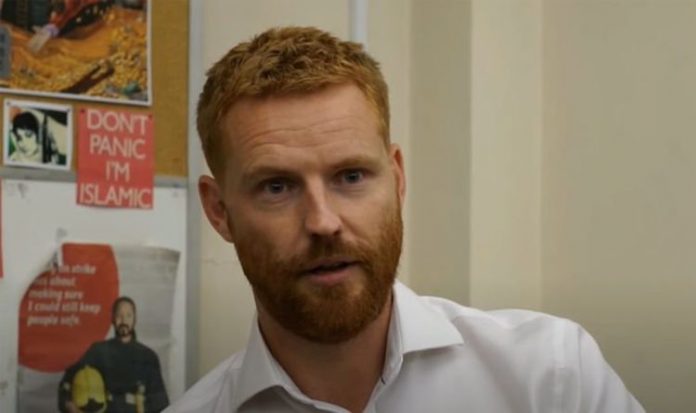 Ann Widdecombe calls on government to stand up to ‘wokerati’

Paul Embery, an ex-firefighter and pro-Brexit campaigner, argued some companies are making concessions to “woke” ideology to appear progressive whilst continuing to treat their staff poorly. Since the tragic killing of George Floyd in May, and the subsequent spat of Black Lives Matter protests across the world, many industries have made pledges to increase their diversity and inclusivity.

However, Mr Embery argues many are not sincere in this aim.

Speaking to Express.co.uk he said: “There’s nothing worse than this woke corporatism where big companies, which frankly have never really had any interest in fighting injustice or campaigning for equality, and often actually have got a history of not treating their own workers particularly well and paying low wages and exploiting people, suddenly like to present themselves as beacons of progressiveness and equality.

“In most cases I just think it’s a complete PR stunt and where their profits are challenged they would drop it like a shot.

“I think identity politics which fragments the working-class, which looks at individual biological or other characteristics and uses those as a way to separate people from each other, seem to me to be the opposite of the campaigns for civil rights back in the 1960.”

“There’s nothing worse than this woke corporatism” (Image: YOUTUBE/LABOURLEAVE)

He argues the Labour Party has abandoned its historic role as representing the patriotic working-class and is now dominated by the progressive middle-class and intellectuals.

In October Kemi Badenoch, the equalities minister, warned it would be illegal for teachers to teach the principle of ‘white privilege’ to students as a fact.

This view holds that all white people, regardless of their individual circumstances, have privilege as a result of their skin colour.

READ MORE: Liz Truss is an end to woke virtue signalling and a return to sense

A statue of Churchill was vandalised during a BLM protest in London (Image: GETTY)

Speaking in the House of Commons she attacked ‘woke’ critical race theory as “an ideology that sees my blackness as victimhood and their whiteness as oppression”.

Ms Badenoch added: “We do not want to see teachers teaching their white pupils about white privilege and inherited racial guilt.

“And let me be clear, any school which teaches these elements of critical race theory as fact, or which promotes partisan political views such as defunding the police without offering a balanced treatment of opposing views is breaking the law.”

Mr Embery is a prominent supporter of Brexit and argues this is another issue in which Labour has moved away from its working-class base.

In December 2019 a number of working-class ‘red wall’ constituencies in the English north and midlands, held by Labour for generations, fell to the Tories.

Describing Brexit Mr Embery said: “It’s just another issue where has showed itself to not be on the same page as the working-class it was set up to represent.

“I’ve been a member of the Labour Party for 26 years, Labour now is very much a metropolitan middle-class very liberal very student type party.

“The old working-class element within the party, which used to be pretty dominant, has been hollowed out.

“If you look at the figures on the membership base of the Labour Party 77 percent fall into the ABC1 social category, so largely the middle-class, and I think that comes through in terms of the party’s ideology today.

“The party now often focuses on what many working-class people would see as fringe issues.

“Labour does not speak for so many working-class people and I think that’s a real problem.”

Britain voted for Brexit in June 2016, but only formally left the EU in January of this year.

Mr Embery warned efforts by much of “the establishment” to overturn the result had caused a breakdown in trust with the public.

He said: “In a democratic society for a large part of the establishment, the political class, certain parts of the media class, big business etr, to do what they did to try to subvert that outcome was absolutely disgraceful and we shouldn’t forget what they tried to do.