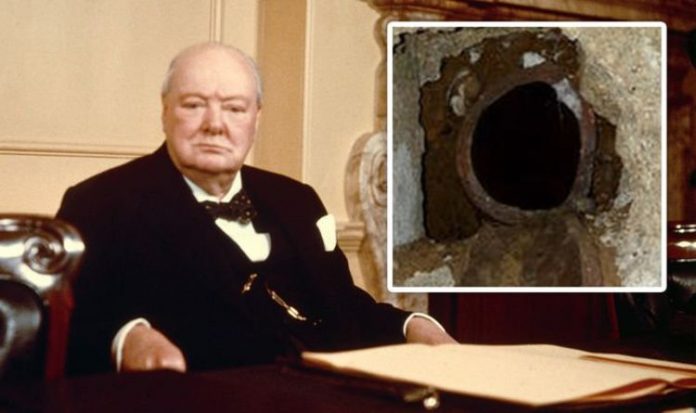 Auxiliary Units, or “Churchill’s secret army,” were a team of volunteers similar to Britain’s Home Guard, charged with carrying out a “last-ditch” defence of Britain should Nazi Germany reach our shores. But, unlike the Home Guard, this covert group was a guerrilla warfare brigade shrouded in secrecy and told to wreak havoc behind enemy lines. Each unit, which held up to eight men, based their operations out of hundreds of tiny, concrete-capped bunkers buried throughout the British countryside.

For years, the activities of these men have been subject to speculation, their operating bases and activities shrouded in mystery, with no official acknowledgement of their wartime activities.

But a new scientific investigation, published in the Journal of Conflict Archaeology, sheds fresh light on the covert combat group.

After training at Coleshill House, they went to operate from below-ground Operational Bases (OBs), set in remote locations in order to avoid detection.

The survival rates for these men is said to have been as low as 12 days.

To the men themselves, their subterranean homes were known as “Scallywag Bunkers” – after their proposed “scallywagging” activities.

Some of these have been uncovered by accident recently, including one in Craigielands Forest near Moffat, Scotland in March.

The team noted their “deliberate positioning was perfect for scallywagging” – as they were close to railway lines, main roads, or large country houses.

“Certainly, unlike the earnest but largely unskilled Home Guard, the Auxiliary Unit comprised accomplished landsmen, ready to bring their skills to bear.

“Their scallywagging activities would surely have been disruptive, buying vital time for regular troops to assemble at the GHQ line for the final defensive stand.”

Sir Winston deployed the Auxiliary Units in 1940, though thankfully they never had to use their guerrilla training on the home front.

When the units were stood down many joined the SAS or other special forces for D-Day and served with distinction.