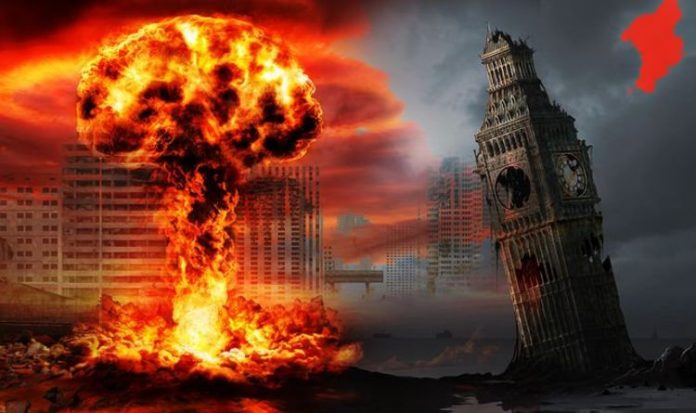 After US forces detonated two nuclear weapons over Hiroshima and Nagasaki, the then British Prime Minister Clement Attlee confessed his fears for the future. He felt the UK and US were “responsible as never before for the future of the human race”, in recently unsealed documents from the National Archives. At the end of World War 2, “the very survival of the civilisation” was at risk, Mr Attlee believed. In expectation of a nuclear arms race that would lead to a third and final world conflict, authorities assessed the future of warfare and analysed the threat posed by other world nations.

Sir Henry Tizard compiled a report on the ‘Future Development in Weapons and Methods of War’ – in which he consulted 300 documents, spoke to 100 witnesses and arranged 30 formal meetings.

The 1945 account concluded that atomic energy’s use in both peace and wartime was “in its very infancy” and that an industrial revolution would likely follow.

To quantify the sheer scale of destruction caused by a nuclear missile, the report explained that it was equal to the damage caused by “1,000 bombers dropping normal bombs”.

Months later, the British military’s Chiefs of Staffs Committee found that 17 nations had the potential to develop the weapons due to being located near to material and having it within their colonies.

It stated that the US could develop between 50 and 60 bombs per year but that could treble within three years and that the UK would be able to produce 60 in five years.

The USSR, who were deemed the biggest threat at the time, were believed to be able to produce five in four years or 50 in eight years if they discovered new deposits.

Other nations including Germany, Italy and Japan were considered to have the “necessary potential” to produce nuclear weapons but no material at that present moment.

With that new data, Tizard’s Committee were required to update their report and divulged their concerns about the UK’s safety.

The National Archives records specialist William Butler explained that “between 30 and 120 bombs” if successfully targeted “would cause the collapse of the UK without an invasion”.

By comparison, they noted that “several hundred bombs” would be needed to bring down the USSR and only achievable through US and UK collaboration.

Based upon the destruction in Hiroshima and Nagasaki, they estimated that if one atomic bomb was dropped on a “three square mile built-up area” in the UK half of it would be destroyed.

They predicted that would translate to 30,000 dwellings being obliterated, the deaths of 25,000 people and permanent displacement of 175,000 people.

A number of changes were suggested, including British Civil Defence’s need to be “drastically improved” and medical services’ need for “reorientation and strengthening”.

Mr Attlee wrote to then-US President Harry Truman, where he stated that decisions about nuclear warfare were a “vital matter” despite difficulties of being able to “plan for the future”

He also added: “The vulnerability of the heart of the Empire is the one fact that matters. Unless its safety can be secured, it is no use bothering about things on the periphery.

“It is difficult for people to adjust their minds to an entirely new situation… It is infinitely harder for people to realise that even the modern conception of war, to which in my lifetime we have become accustomed, is now completely out of date.

“Duelling with swords and inefficient pistols was bearable. Duelling had to go with the advent of weapons of precision.

“What is to be done about the atomic bomb? It has been suggested that by a Geneva Convention all nations might agree to abstain from this.

“This method is bound to fail as it has failed in the past. Gas was forbidden but used in World War 1.”