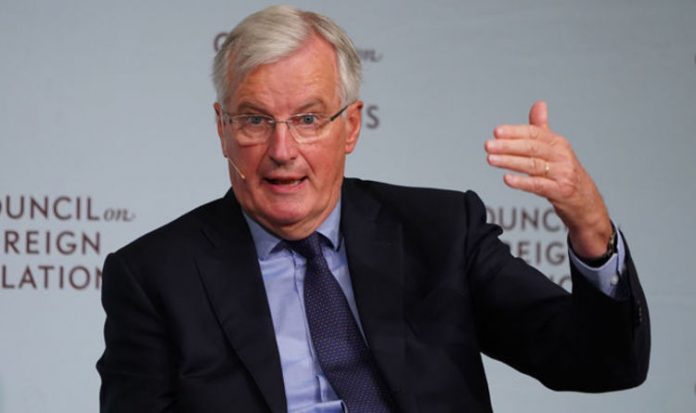 Mr Barnier said that the UK and EU had reached agreement on 80 per cent of Brexit but the “most difficult issues remain open”.

He accused Boris Johnson of engaging in “polemics” by claiming that the Brexit dream was “dying” in his resignation letter as foreign secretary.

He said that Mr Johnson had made “many declarations” over the past year and that he did not have time for them.

Both men said they could not go along with the deal worked out by Mrs May which Mr Davis reportedly regards as “selling out” his country.

Ahead of the White Paper on Brexit, due out tomorrow, Mr Barnier issued a warning for the UK during a speech at the New York Council on Foreign Relations.

He said: “Once again, I regret profoundly the vote of the UK. We respect it and we will implement it.

But, it’s day after day clearer, not only on the UK side, UK citizens, but also the European side, what it means to be in the EU and out of the EU.

“I can tell you that it will be clear, clear, crystal clear at the end of this negotiation that the best situation, the best relationship with the EU, will be to remain a member of the EU.”

Mr Barnier, said that the White Paper should “workable and realistic” and should not create red tape or costs for British citizens.