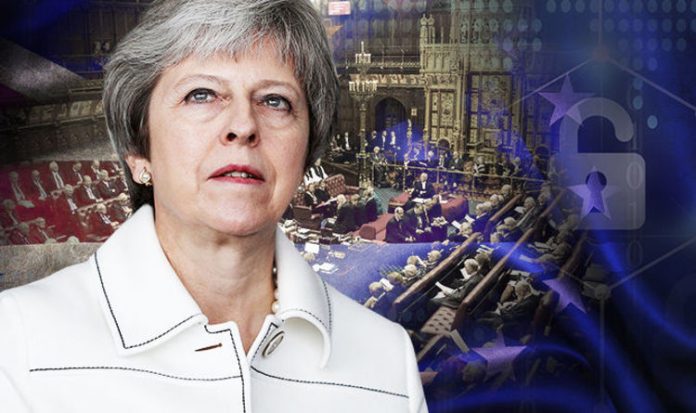 Lord Jay of Ewelme, the Chairman of the Home Affairs Sub-Committee, said it’s “time for pragmatic compromises” as the lives of UK citizens are a priority.

He said: “The Government wants an overarching security treaty, which would to a large extent replicate the status quo.

“We don’t think this is achievable in the time available.

“Red lines won’t save people’s lives – getting agreement on effective police and security cooperation will.”

It focuses on three areas for UK-EU cooperation: extradition, access to law enforcement databases and partnerships with EU agencies such as Europol.

Lord Jay said current negotiations have not happened in the spirit of “protecting the safety of millions of UK and EU citizens”.

He said: “We heard evidence that, by mid-May, the UK and EU negotiators had spent little more than an hour discussing the future internal security relationship, despite the obvious mutual interest in making rapid progress.

“The safety of UK and EU citizens demands that the negotiators turn urgently to this vital task.”

The report not only questions the progress of negotiations but also places severe doubt on how realistic the UK’s demands are.

It cites that the UK is heavily relies on EU data sets and in 2017 the UK police forces access the Schengen Information System II, a database that helps to track criminals, 539million times..

It continues to say that if the UK wants a strong security relationship with the EU and continued access to these databases the Government must be ready to make concessions and be flexible.

Lord Jay said: “It’s time for pragmatic compromises, on the UK side, and also on the EU side. We also question whether it is politically realistic for the UK, in current circumstances, to be seeking a bigger role in EU agencies and better access to databases than some EU or EEA Member States.”

This demand comes as calls to abolish the House of Lords are intensifying over claims of their ongoing attempts to derail Brexit.

In June the unelected peers again voted to amend the EU (Withdrawal) Bill in a way that would let MPs tell Theresa May what to do if they reject her final deal with Brussels.

Pro-Brexit former minister Frank Field said it was time to stop peers “thwarting the will of the British people”.

He proposes a Senate combining party political members elected by the public with experts in areas like science and industry, selected by their professional bodies.

Without Government backing, his House of Lords (Abolition and Replacement) Bill has little prospect of even being debated but he said he would lobby ministers to give it Commons time to get the “popular” change through.