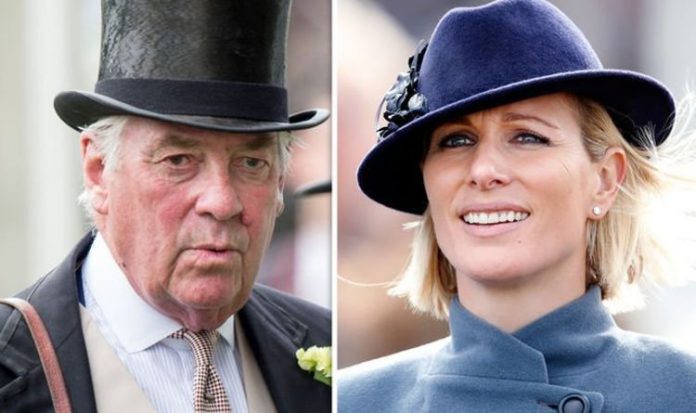 The master of the horse is the third dignitary of the court and was always a member of the ministry (before 1782 the office was of cabinet rank), a peer and a privy councillor.

All matters connected with the horses and formerly also the hounds of the sovereign, as well as the stables and coachhouses, the stud, mews and previously the kennels, are within his jurisdiction.

The Queen is one of the biggest racehorse owners and breeders in Britain and often attended the races with Lord Vestey.

Lord Vestey stepped down as Cheltenham racecourse chairman in 2011 but will have crossed paths with Zara at a string of equestrian events.