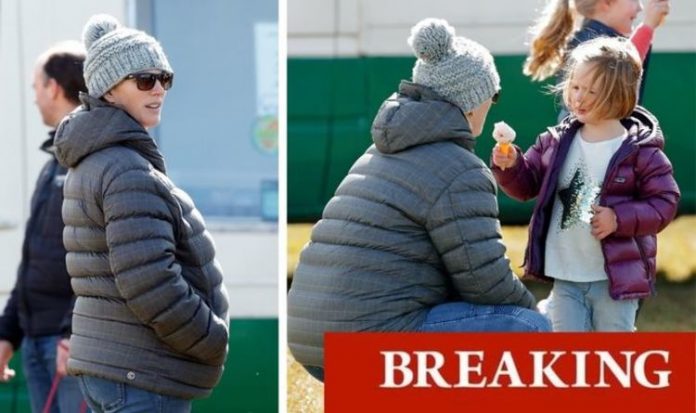 Mike shared the happy news on the podcast he co-hosts with James Haskell and Alex Payne – The Good, The Bad & The Rugby. The former rugby player, who married Zara in 2011, happily confessed: “It’s been a good week for me, had a little scan last week – third Tindall on its way.”

Mike, who already has two daughters, revealed he is now keen to have a son.

He continued: “I’d like a boy this time, I’ve got two girls, I would like a boy.

Zara’s husband of nine years then joked about possible names for his third child – but his proposed names were met with groans by one of the podcast’s co-hosts.

Mike said: “We’re not sure what to do Covi or Covina – I don’t know where to go with names.”

While ecstatic for the news, Mike also spoke about Zara’s health and mentioned the two miscarriages she experienced before the birth of their second daughter.

Mike added: “Z is very good, always careful because of things that have happened in the past, and really looking forward to it.”

A spokeswoman for the couple said they are both “very happy”.

This spontaneous and low-key announcement breaks with royal tradition, as the pregnancies of members of the Royal Family are usually announced by Buckingham Palace.

This has also been the case when Zara was expecting both Mia and Lena.

Zara’s pregnancy has been announced just two months after Princess Eugenie also revealed to be expecting a child.

While this means the Queen will welcome into the royal fold two more babies next year, both children will be unlikely to be given a royal title.

Zara, the only daughter of Princess Anne, doesn’t have a royal title herself following her mother’s decision to grant her children a more normal life and freedom from royal duties.

Speaking about this move in a rare interview, the Princess Royal told Vanity Fair: “I think it was probably easier for them, and I think most people would argue that there are downsides to having titles.

Princess Eugenie, on the other hand, was bestowed a royal title and HRH style by the Queen upon her birth, much like her older sister Princess Beatrice.

However, a few royal commentators believe Eugenie and her husband Jack Brooksbank are unlikely to accept a possible offer from the Queen to give their son a title.

Roberta Fiorito said during the Royally Obsessed podcast: “About the title for the baby, do we know if they’re going to give their title? HRH?”

Co-host Rachel Bowie replied: “It doesn’t seem so. They’ve declined. The Queen offered Jack a title when they got married but he said no then.

“I feel like that trend is going to continue with the baby.”