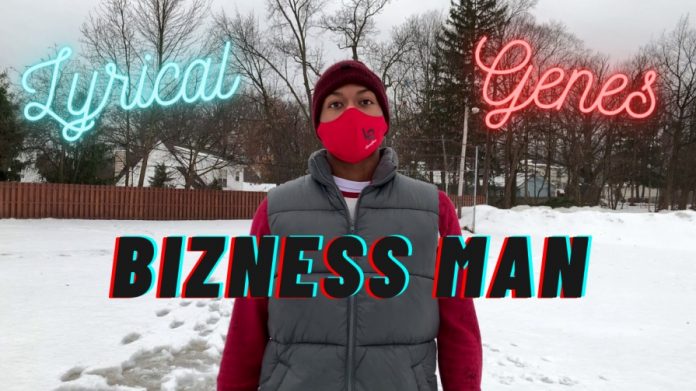 “Bizness Man” is the second track, but first song on the album, ‘Dana Burtin’. LyricalGenes’ hook gets his audience moving to a dance beat, style, and lyrics that you cannot help but groove to. In addition, LyricalGenes’ hook details how he prefers to handle beef face-to-face rather than letting media misconstrue words and make a situation bigger or worse than it really is. Furthermore, the hip-hop artist elaborates on the criticism he faced and why he feels he is not given the platform he deserves in given times. LyricalGenes states, “Let me educate you people for a quick second. I don’t rap guns, sex, drugs, violence, so critics don’t find me pleasant. Until you doing what I’m doing, you can get the stepping…A lot of people can’t look at themselves to identify their own reflection. I’m a leader by nature. I’m not signing papers. I make the papers. You sign. That’s business man.” (Dana Burtin, Track #2)

As of January 8th, 2021, LyricalGenes teamed up with Forniti Productions to produce a simple, yet lyrically intense music video that can capture any audience’s attention. Videographer and Editor, Dominic Forniti has officially launched his video company, Forniti Productions, with LyricalGenes being his first artist. Forniti also produced the videography for LyricalGenes’s lyric video called, “Girlss II” and was even placed on LyricalGenes’s Spotify canvas to further promote the track and the ‘Dana Burtin’ album.