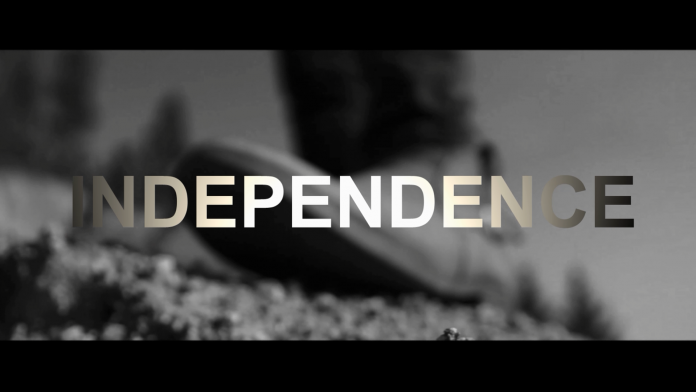 Mona Lassiter, a visionary, a leader, a recipient of multiple RIAA Gold/Multi-Platinum Awards, NARM #1 Independent Sales Award top sales on an independent release of the year, among other notable achievements. Lassiter, positioning the company for dynamic marketing and media solutions sets the stage with 25+ years in building entertainment brands into national and global success stories. Lassiter brings an extensive network of A list Talents, Producers, Developers, Journalists, Publishers and Executives. Lassiter has been consistently successful in the development of mass marketing and innovative campaigns that drive revenue, profit and growth. “CEO Anthony (A.D.) Selders stated “We are ready now and have established global opportunities for content, marketing and branding partnerships”.

Media Kiings Inc, a Texas Media Conglomerate is proud to announce the launching of its Co-Op program “Independence” via its broadcasting company MEDIA KIINGS BROADCAST NETWORK

T.V. and its production house Platinum City Music Group. MEDIA KIINGS BROADCAST NETWORK T.V. is available on the ROKU platform. The company has formed a viable outlet by also making the network available in the form of a free app known as MKBNTV on your Google Play and the Apple App store platforms. MKBNTV was created for Independent content creators by Independent content creators. The app also provides the branded content and merchandising from the Independent Films and Cartoons to the Entertainers and Artist the company supports on its roster of highly visible clients. Platinum City Music Group is the 2nd piece to this amazing program providing the sound engineering and production to super enhance their ability to not only create music but also opens up with very adrenaline rushing host of writers, composers, producers, and engineers some of which have multiple Grammy nominations and Billboard charting bodies of work such as Sage Christopher Lee aka Christopher Kane Singer/Songwriter) with music production credits Young Jeezy, Doeshun, Young Dro, CTGG., Shareefa, Mojo. Kool Ace Terror Squad, Nasty beat Makers., Berkley’s School of Music prodigy Princeton Patterson aka K.O. Bandz has sold over 1.5 million Records. Princeton also was part of the body of work “Here I Come Falling”, “Oh grave were is thy victory”, “Hand to Hand”, “A Perfect Way To Say Goodbye”, “Along Came A Spider” and “Life Force” under labels such as Metal Blade Records, and Rise Records) Along came a spider. He has also played; Warped Tour, Ozzfest, Download Festival, Bamboozle, Rockstar Energy Festival, Corner Stone Festival, and the Radio Rebellion tour. Patrick Rose aka Mr. Mo Skillz and partner Byron Bradley formerly Brad D of Sat-N-Smooth aka Mr. F.A.M.E. make up the Truthwriterz production team and Chris Hines of Xclusive Music Management. These are just some of the top guns on the music production roster for Media Kiings Inc’s Platinum City Music Group. The program has an official launch date of October 2020

Media Kiings Inc has committed its network to assist in the progression of a world that is filled with creative people. Within the coming month, the company will launch more channels to support more television shows and podcasts which are currently in development. Media Kiings Inc. is extremely pleased with the addition of Sahir Champion of S7 Films and Bernard (Mac) Shaw of Macvision Filmz as Directors, Producers, and a Creative Partners. COO Kenneth (KP) Porter stated the Co-Op program “Independence” levels the playing field for independent creators. This portal per KP place the indie creator not only in the driver’s seat to direct their desires to be viewed by the masses, but also gains the support of the company to enhance their visibility and ability to monetize their assets. Our companies’ goal is to not only show you the path to the stars but allow independent creators the opportunity to achieve their goals in becoming your next superstar.

READ  “Secret of the Snail” by Janet Ollerenshaw is published

Shaping Up With Santana Early 2020 Media Kiings Launched the currently viewed on ROKU and Amazon television workout show “Shaping Up With Santana” Created by Santana Rodriguez a celebrity TV Host and one of the best Latin models for fitness television from Los Angeles CA. The show has come at a great time with the worldly changes that have taken place in our day to day lives due to the COVID-19 Pandemic.

Hittin Lic’s is a Television Series written By Bernard “Mac” Shaw. Shaw is also the director and producer of the TV Series under Macvision Filmz. The show is produced under Millionwayz ENT LLC. Macvision Filmz has more to come in 2020 and 2021.

Mocha Girls Cartoon Series created Crystal Garry. “The Mocha Girls Cartoon” is a short-animated series that focuses on skin color for girls all over the world. The series also has focused on the COVID-19 movement promoting staying safe a wearing a mask featuring the main characters and the primary villain. The series has developed a movement in the form of merchandising and educational visuals.

Got Milk Comedy Network named after “The Got Milk Comedy Show” which debut its first show in 2009 Featuring 7 x Bet All-star Shawn Harris who has also appeared on HBO, Comic View One Mic Stand, The Improv, and Comedy Central to name a few. The Got Milk Comedy Network has also hosted a superior cast of comedians such as Ku Egenti, Keisha Hunt, Stacey Anderson, John Landry aka (Old Skool), Chill Beatz, Adrian Carter, and The Golden Child. The television channel is available throughout the traditional and all smart platforms such as Roku, IOS (Apple), and Android. More platforms to come.

Get Fit Hosted by Tavia Brooks Country/Pop Singer launches her New Deal with Media Kiings Call “Get Fit” with Tavia Brooks. It appears there is more to this beautiful entertainer than music and bodybuilding. Tavia also is preparing to launch her new Television series in the Fall of 2020

Sahir Champion S7 Films locks a Deal with Media Kiings Inc. as their lead production company that specializes in creating various forms of content providing that superior edge needed to compete in the media production industry. Sahir has worked in Los Angeles, New York and spent quite some time working in Paris, France. The new relationship between MKBNTV and S7 Films will surely be one to keep our eyes on. S7 Films current project is on “The On Channel”.