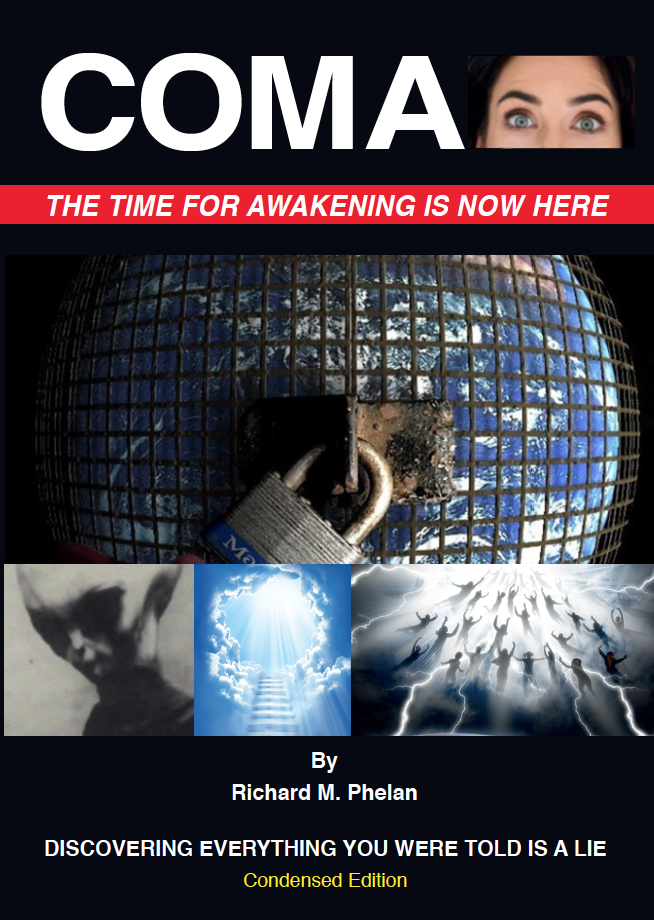 Retired Author and Researcher Richard M. Phelan (UK) has released (Dec 2020) a book called; “COMA – The Time For Awakening Is Now Here”.  With a WARNING on his website: “This book contains information with facts that are both undeniable, irrefutable, and beyond conjecture, or conspiracy theory that may be the most astonishing thing you have ever been told in your entire life, whether you believe it or not, having done the research I believe it is true.”

Discovering everything you were were told is a lie.

The biggest lie In history is to be shattered. In any court of law, a case is established by one of three things.

We now have all three, Case closed!

For over 70 years this information has been withheld from humanity. Now humanity needs to be told who they are, and what our earth really is. The truth will be disturbing and a traumatic shock to many. Many have died trying to release this information. If we kept silent the truth would remain hidden…We cannot allow that!

This book contains information the public may not have heard or seen before but need to know.

The 154 page A4 colour “Condensed Edition” is fully illustrated with some incredible photos that may challenge a person belief system, What do you do when you are confronted with things you were convinced do not exist?  Startling information from Area 51, confirmed by remote viewers and eye witness accounts, we had the Disclosure Project in 2001, 2017 we had “Unacknowledged” also by Dr Steven Greer a further disclosure and now we bring you in one small book  putting all the pieces together revealing, who or what we are, and what our planet really is.

The 278 page full colour A4 size  book, “Full Uncut Edition” has the additional 124 page of the authors history and exposing mind control religious cults such as the watchtower organisation known as Jehovah’s Witnesses, who have come under the world spotlight for it’s mass cover up of child sex offenders exposed by the Australian Royal Commission, whereby over 23,000 child sex offenders hide inside the organisation, with 5000 documents of 1,006 case files recently handed to police in Australia.  The Full Uncut Edition Book also includes everything in the Condensed Edition.

In 2012 two major scientific discoveries were made, but the public were told little or almost nothing these. In 2020 we also discover 3 other starting bits of information, these also to date have been hidden from the public.

As Richard states, “Everyone demands the truth, but can they accept it when it is given, even with over whelming evidence, some will not be able to handle it”

The Book COMA is going to seriously wake a lot of people up! 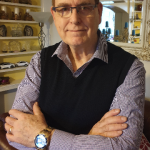