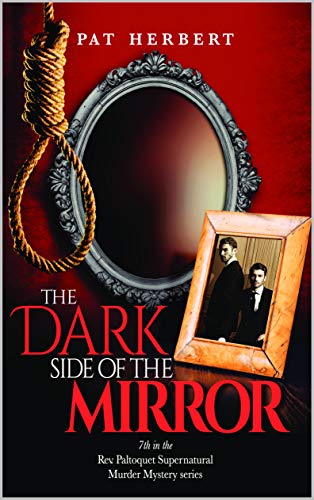 “The Dark Side of the Mirror” by Pat Herbert is published

“The Dark Side of the Mirror” by Pat Herbert is published

Twins sometimes run in families; in the Fentimans’ case, they positively stampede.

In 1937, Robert Fentiman is hanged for the murder of a barmaid. Twenty years later his ghost claims his innocence, and Rev Bernard Paltoquet is called on to help clear his name by the dead man’s son, Carl.

As Bernard and his pal Robbie begin their investigations, by a cruel twist of fate, another barmaid is murdered, who turns out to be the daughter of the first barmaid. And, by another twist of fate, Carl Fentiman is the main suspect.

A professional medium, with an unconventional use for a crystal ball, is called in to help solve both crimes, but she is as baffled as Bernard and Robbie. Meanwhile Bernard’s housekeeper, Mrs Aitch, has deserted the vicarage for a mysterious suitor….

Pat Herbert lives in London, England and work as an administrator and receptionist at a private health clinic. She worked previously as PA to the Managing Director of Thomson Books before they were taken over by Penguin.  Pat has written eighteen novels to date including:

Other novels in the Rev. Paltoquet series:

The Possession of November Jones

The Witches of Wandsworth

So Long at the Fair

The Man Who Was Death

Sleeping With the Dead

Getting Away with Murder

The Murder in Weeping Lane

The Mop and Bucket Murders

Once You Kiss a Stranger

The Dark Side of the Mirror is available in paperback from Amazon UK at:

This novel is also available to download in e-book format at: