An Arlee man launched an overnight rampage after following three people from a bar west of Missoula late Thursday night, shooting them in their vehicle, and then shooting a Montana Highway Patrol trooper near Evaro, charging documents filed Friday allege.

One of the three people in the first incident died, while the trooper was in critical condition Friday, according to the documents. The motive for the shootings remains unclear.

According to charging documents, one of the shooting victims, Julie Blanchard, called 911 from the area near the Lithia auto dealership of Missoula on Grizzly Court and Expressway at approximately 10:53 p.m. Thursday night.

When Missoula Police Sgt. Matthew Kazinsky arrived on scene, Blanchard was still in the red pickup on the scene; shot but conscious, according to court documents.

Shelley Hays, who had been sitting in the back of the pickup, was found dead when authorities arrived, according to court documents. A GoFundMe page was set up on Friday on his behalf.

Another man, Julie Blanchard’s son Casey, was found with multiple gunshot wounds but was also conscious.

Julie Blanchard told detectives her son had called her to pick up him and Hays from Marvin’s Bar at the Wye, just west of Missoula. When she arrived, she noticed a white Cadillac Escalade, which followed them back towards Missoula, according to court documents.

The white SUV reportedly flashed its lights at the Blanchard vehicle, so Julie Blanchard pulled over, believing the driver might have needed help, according to the documents.

About an hour later, Montana Highway Patrol Trooper Wade Palmer reported to dispatch that he had come under fire on Highway 93 North, near the Evaro Bar at mile marker 7. Dispatch was unable to get a response from Palmer shortly after his alert.

Authorities made contact with Bertsch’s father, Burton, at the Gray Wolf Peak Casino, where he told them his son had admitted to the shooting.

READ  Croydon bus crash: Girl, 15, fighting for her life as 20 are injured

“I had a road rage incident,” Bertsch reportedly told him. “I think I might have shot a cop.”

Burton Bertsch told authorities he was at Marvin’s Bar sometime between 9:30 and 10 p.m. when his son arrived, but then left, saying he was going to drive around for a while.

Using the father’s phone, law enforcement contacted Johnathan Bertsch, who police said admitted to the shootings, according to court documents. But Bertsch refused to disclose his location.

More than four hours after the shooting atop Evaro Hill, a person called 911 to report a white Cadillac Escalade parked at the bottom of a driveway on Grooms Road in Missoula County, near the Evaro Bar. Deputies found Bertsch on the nearby Thornburg Road, and took him into custody without further incident, according to the court documents.

Each count charged against Bertsch carries a potential life sentence in state prison. His initial appearance is set for Monday in Missoula County Justice Court. 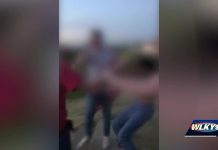 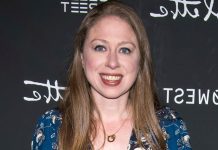 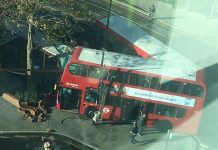 Croydon bus crash: Girl, 15, fighting for her life as 20 are injured