New searches are under way for missing Co Down woman Lisa Dorrian.

Her father John and sisters Joanne, Michelle and Ciara visited the search site at the Clay Pits in Ballyhalbert on Tuesday morning.

Divers are carrying out fingertip searches at a number of small lakes in the area, with the latest effort expected to go on for two weeks.

It is the same team who found the remains of murder victim Pat McCormick, 55, in a lake in Ballygowan in 2019.

The Clay Pits area is close to where 25-year-old Ms Dorrian was last seen alive at a party at a caravan park on February 27 2005.

The area was previously searched in the days after her disappearance in the context of an investigation into a missing person, rather than a murder inquiry.

Joanne Dorrian said the fact that her sister remains missing gets more difficult for her family as the years go on.

“We talk about Lisa more now than we ever did when she was alive. We are consumed by the fact she is gone and we can’t find her,” she said.

“We can’t get on with our lives without Lisa. Lisa is everything to us, and coming down to a site like this today puts it all in perspective, actually, how brutal what happened to Lisa could possibly be.

“You let your mind go there on occasion, but you have to stop that because it would consume you … but when you come to a place like this and you think that Lisa could be in the water … it’s really hard to imagine that this is where Lisa could be.”

She thanked the police team for their efforts, adding that the family’s “bond of love” is what keeps them going.

“Our love for Lisa is the only thing that keeps us going. We’re a stronger family now than we were 16 years ago because we have that real strong bond of love for Lisa,” she said.

“She doesn’t deserve to be in a place unknown to us and those who loved her; she deserves to have a Christian burial, which is everyone’s basic human right.”

Detective Superintendent Jason Murphy, who is leading the investigation, said it is the “start of a new phase of searches for Lisa”.

The senior detective also repeated his belief that a small number of people – as few as one or two – have first-hand knowledge of what happened to Lisa.

“Over the last 16 years we have conducted more than 400 searches but the resolve to find Lisa or anything linked to her disappearance remains as strong today as it ever has been,” he said.

“While we want to recover Lisa’s body and allow the Dorrian family to finally lay Lisa to rest, we remain determined to bring those who killed her to justice and are also looking for evidence relating to her disappearance.

“We continue to review parts of the original investigation and previous searches in the area.

“These searches are an extension of us adopting new thinking around the circumstances of Lisa’s murder.

“While this area was previously considered and work conducted to examine it, our investigative thinking and knowledge has developed over time.

“It is important to the police service and Lisa’s family that we have clarity, and, with the development of search techniques and technology, I intend to gain reassurance that the examination of the lakes has been conducted to the necessary extent and to modern-day standards. 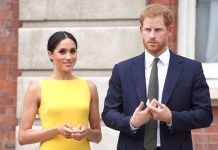 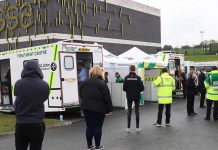 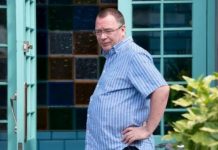