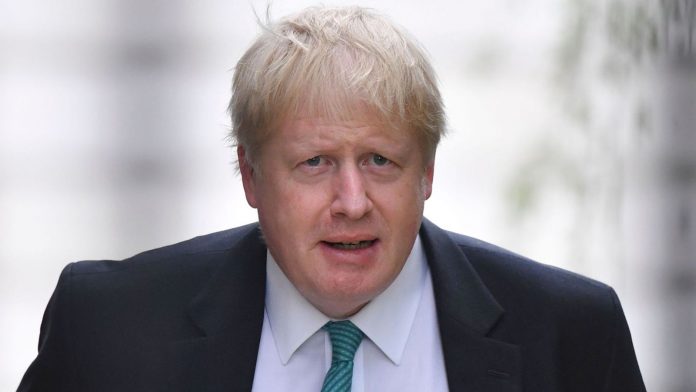 100 British Muslim women who wear a burka or niqab have written to Conservative chair Brandon Lewis, demanding Boris Johnson be kicked out of the party.

The letter, seen exclusively by Sky News, says an apology would be “insufficient” and that Mr Johnson made a “deliberate choice” to “inflame tensions in a way that makes it easier for bigots to justify hate crime against us”.

They speak as “free women who are able to speak for ourselves and make our own choices” and condemn the former foreign secretary for comparing women who wear the burka to “bank robbers” and “letterboxes”.

Sources close to Mr Johnson, who is now facing investigation by the party, defended his comments and claimed it was “ridiculous that these views are being attacked”.

The letter to the the chair of the Conservative Party reads:

We, the undersigned, write to you as British Muslim women who wear the niqab or burqa.

We speak as free women who are able to speak for ourselves and make our own choices. Our decision to wear the niqab or burqa is not an easy one, especially given the hate that many of us experience on a regular basis. Nevertheless we do so because we believe it is a means to get closer to God.

We recognise that this is not the practice of the majority of Muslim women and that it is a very small number who make this choice in the UK. All personal choices should be respected.

Contrary to what you may have been told by sections of the media and columnists who profess to know what is best for us, we are not forced to make these clothing choices, nor are we oppressed.

As women who wear the niqab or burqa, we have not forfeited our right to be treated fairly and as equal citizens in this country. Yet we have representatives of our governing party who think otherwise and who use Muslim women in order to pander to far-right Islamophobes within the party, as Boris Johnson has done.

We understand that you have requested Mr Johnson to apologise.

As chairman of a party that seeks to represent the whole country, which protects individual liberty as a cherished British value, your call – we believe – is insufficient.

Given a deliberate choice was made to inflame tensions in a way that makes it easier for bigots to justify hate crime against us, we concur with Conservative peer, Lord Sheikh, who has demanded the whip be withdrawn from Mr Johnson.

Furthermore, given the responses from other MPs, specifically Ms Dorries, and the broader concerns that have been raised by the Muslim Council of Britain amongst others, we believe that there must now be an independent inquiry into Islamophobia in the Party to tackle this issue once and for all.

Our rights as equal citizens may be debated within wider society, but such vile language which has real consequences for us, should never be acceptable.

We are happy to speak to Members of Parliament to share our experiences and perhaps demystify some of the concerns they may have.

We look forward to hearing from you soon,