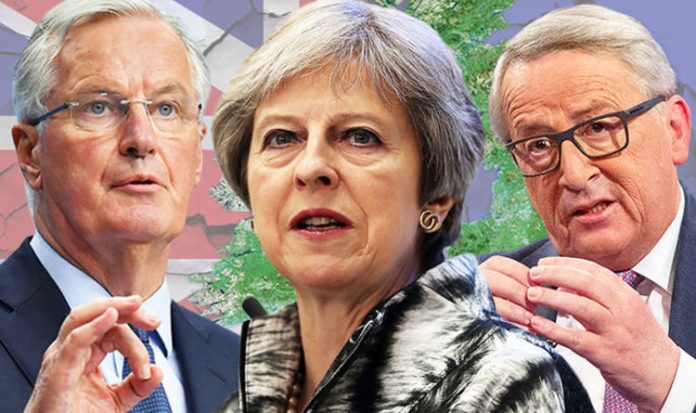 The prospect of the UK exiting the bloc without a deal has grown among serving and former Cabinet ministers after the Prime Minister admitted she had reached an “impasse” in negotiations with Brussels.

Trade Secretary Liam Fox has said he would prefer to leave the European Union with no deal agreed rather than extend negotiations, while former Foreign Secretary Boris Johnson also claimed that Britain would “do very well” in a no deal scenario.

But Conservative MP Stephen Hammond has fired a warning to Theresa May, claiming that although Tory rebels haven’t had enough support to defeat the Government in recent Brexit votes, that wouldn’t be the case when trying to avoid a no-deal scenario.

The MP for Wimbledon and former vice-chair of the Conservative party, told Business Insider: “There are a number of colleagues who have wanted to give the Prime Minister room and scope to negotiate what her desired outcome is.

“However, they are also colleagues who are clear that if the outcome is a no deal, then they’ll make their view well-known that this isn’t acceptable for Britain.

“No deal is not the default. That will not happen.”

Mr Hammond also predicted the Prime Minister could face a “political crunch” if she was unable to pass a Brexit deal through Parliament over the coming months, adding Britain is facing “very hard political times”.

Pushed further on whether to get a deal through Parliament would lead to Mrs May’s downfall, he said; “What will fall out of that will be impossible to predict — but it will be a crunch.”

Mr Hammond, who is not backing a second referendum, added: “The overwhelming reality is that no deal is not good for Britain.

“The overwhelming evidence is we’d have to make a number of provisions and things will change.

“People need to accept that isn’t good to be going news.”

The former Conservative party chair also accused Trade Secretary Liam Fox of being “naive” when accusing the EU of putting “political ideology” above its own citizens.

Mr Hammond said: “The charge from the EU would be that some of my pro-Brexit colleagues are putting ideology before pragmatism. Until July, there wasn’t a plan for the EU to negotiate with.

“What on earth has DExEU been to up to the last two years?

He added: “Liam must know as he goes around trying to put in the basis for negotiating trade deals, people will hopefully negotiate in good faith, but will clearly negotiate for the benefit of their own position.

“We would be mad to think that people are going to roll over in these negotiations and say ‘Britain is a nice place so let’s give it what it wants.’ That’s not how negotiations work. It is simply naive to think otherwise.”

Mrs May could also be facing a fresh rebellion at this year’s Conservative party conference in October as party members again try to force her hand on Brexit negotiations.

Activists are thought to be planning protests against both the Prime Minister and MPs that backed her Chequers plan, while Tory associations are understood to be mulling action, including withdrawing long-standing loans to party HQ in response to her perceived failure to deliver on the Brexit vote.

One party source, noting that Tory central office relies on loans of £4 million from associations, told City AM that “it’s a big stick to beat central office with”.

Another said the longstanding loan is on immediate recall “so we could demand them back tomorrow morning id we chose”.