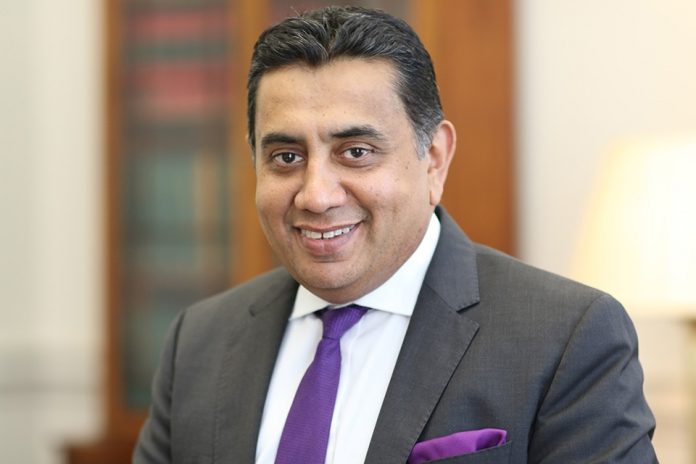 The Universal Periodic Review (UPR) is a ‘peer review’ process that reviews the human rights record of every UN Member State once every four years. It is a unique tool of the Human Rights Council, aimed at sharing best practice. As a strong supporter of the UPR process, we have participated and raised priority human rights concerns in all reviews since the process began in 2006. This session reviewed 14 States: Australia, Austria, Georgia, Lebanon, Mauritania, Micronesia, Myanmar, Nauru, Nepal, Oman, Rwanda, Sao Tome and Principe, St Kitts and Nevis and St Lucia.

Modern slavery is a global problem requiring a global response. The Covid-19 pandemic has sparked a global health crisis with devastating impacts on some of the poorest and most vulnerable people in society, including victims of modern slavery and those that were previously vulnerable to it. International Labour Organization (ILO) and UNICEF reports suggest millions more children risk being pushed into child labour as a result of the COVID-19 crisis, the first rise after 20 years of progress. As we mark the International Year for the Elimination of Child Labour in 2021, we must redouble efforts to end child labour in all its forms by 2025 as set out in SDG 8.7.
During this session, the UK continued to make recommendations on modern slavery at every country review. Recommendations ranged from developing systems to identify and support victims of human trafficking, to the creation of national action plans to combat modern slavery. Further recommendations were made for the ratification of the ILO’s Forced Labour Protocol, which requires governments to take measures to tackle all forms of forced labour and provide protection to victims.

Since 2017, we have consistently made the recommendation to ‘adopt an open, merit-based selection process when selecting national candidates for UN Treaty Body elections’ to most states. These expert bodies are a central part of the UN human rights system, charged with monitoring the implementation of human rights conventions in states which have signed up to them. The UK continues to advocate strengthening the quality, independence and diversity of Treaty Body membership.

I welcome Australia’s long standing commitment to promoting and protecting human rights, this includes the positive steps taken by the Australian Government to tackle modern slavery, including through the introduction of the Modern Slavery Act 2018. I commend Australia’s progress on human rights issues since its last review and for its ongoing consultation with civil society in this process. I call on Australia to work closely with the Aboriginal and Torres Strait Islander people to implement the Closing the Gap strategy, while ensuring shared decision making and genuine partnerships.

I commend the Government of Georgia on the recent progress they have made on human rights including the creation of an independent agency to investigate human rights violations by law enforcement officers and the creation of a domestic violence unit. However, I remain concerned that the judicial reform programme has not been completed and I call on Georgia to make further reforms to ensure protection of minorities, including LGBT, women and children; and safeguard media independence. I also urge Georgia to implement all the recommendations of the OSCE/ODIHR report on the recent parliamentary elections as soon as possible to restore public confidence in democratic institutions and processes.

On Myanmar, I am concerned that civilians continue to bear the brunt of conflict between the Myanmar Military and Ethnic Armed Organisations. 860,000 Rohingya remain in Bangladesh, having been subject to a campaign of ethnic cleansing. Recent displacements in Kayin State, and ongoing impacts of conflict in Chin, Kachin, Rakhine, and Shan States, demonstrate the necessity of dialogue. Perpetrators of violations and abuses are not held to account, and full humanitarian access is denied to many regions. Hundreds of thousands of people live in displacement camps both in Myanmar and in border areas of neighbouring countries. Despite disenfranchisement of some minority groups, recent elections were an important milestone on Myanmar’s path towards democracy, I encourage the Government to continue on this path through constitutional reform. I urge the Government of Myanmar to implement the recommendations of the Advisory Commission on Rakhine, amend the 1982 Citizenship Law and incorporate a plan for voluntary, safe and dignified Rohingya repatriations.

I welcome Rwanda’s strong record on economic and social rights, and promotion of gender equality. However, I remain concerned by continued restrictions of civil and political rights and media freedom. I call on the Government to conduct transparent, credible and independent investigations into allegations of human rights violations and to bring perpetrators to justice; to protect and enable journalists to work freely, without fear of retribution; and to ensure that state authorities comply with the Access to Information law. As host of the 2021 Commonwealth Heads of Government Meeting and incoming Chair-in-Office of the Commonwealth, we look forward to Rwanda championing Commonwealth values of democracy, rule of law, and respect for human rights.

I urge all countries under review during this session to give full and serious consideration to the UK recommendations. I encourage them not only to accept them, but also to implement all the recommendations in a timely and comprehensive manner. I look forward to the formal UPR adoption at the UN Human Rights Council in June 2021.