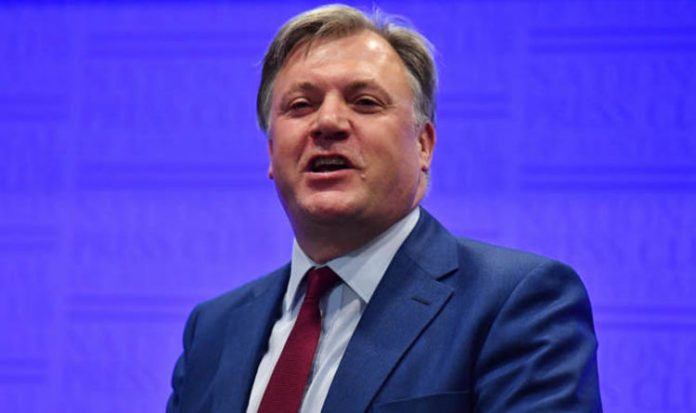 And he hit out at Remainers who brand those who voted Leave “stupid”.

His comments come amid growing optimism inside pro-EU campaigns within Labour that the party will switch to back a new vote.

But asked about another referendum, Mr Balls referred to Project Fear, saying: “For lots of people who voted Leave, if you said ‘What is the biggest thing that has happened since the referendum?’ they will say ‘They told us it will be really bad and it hasn’t been’.”

He said for Remainers to talk as if the other half are mad or stupid is “a disastrous place [to be]”.

Campaigners for a second referendum are targeting the Labour Party conference next month.

Mr Ball’s comments come after and former Home Secretary David Blunkett condemned calls for a second EU referendum, also claiming “the majority would still vote to leave”, and saying the UK should invoke the “spirit of the past” to make Brexit a success.

Mr Blunkett made the comments in a piece in The Sunday Telegraph, in which he responded to calls by his Labour Party colleague Lord Mandelson for a second Brexit vote.

Lord Mandelson caused outrage earlier this week when he claimed Brexit supporters are motivated by xenophobia and racism.

He told LBC radio: “They hate other countries and they hate foreigners.”

Mr Blunkett responded that the accusation of racism is “an insult to the many people that I used to represent who voted Leave” and also manages to “utterly miss the point of why the majority of British people voted the way they did”.

He continued: “If we fail to understand their rationale then we do ourselves, but crucially also our democracy, a great disservice.

“There were very many reasons for the decision of the majority – and it was a majority – that we should go it alone.”

Mr Blunkett added before the Brexit vote “the people had, quite frankly had enough”.

He said: “People believed our democracy and political system did not reflect their concerns.