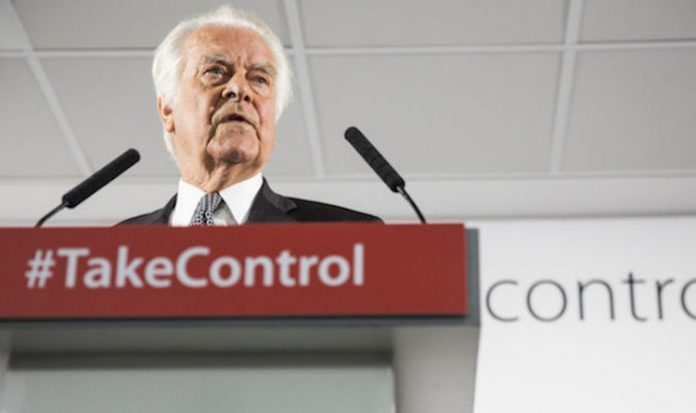 Mr Owen, the former British foreign secretary between 1977 and 1979, said that the UK must find a compromise between a “disguised sell out” (the Chequers White Paper) and “fear laden pull out” (a No-Deal Brexit) from the EU, saying that the UK was “stuck” in the Article 50 treaty process in negotiating the UK’s exit from the bloc.

So far, EU negotiators, including Michel Barnier, have attacked the UK’s attempts to secure as best a package as possible, including criticisms of Theresa May’s Brexit White Paper unveiled at Chequers in July.

Mr Davis, in an opinion column for the Sunday Times, blasted Theresa May’s Chequers summit as a “manipulation of the cabinet with all the hallmarks of Tony Blair and David Cameron” – but also suggested that a third route was possible to secure as best a deal as possible.

His comments come as a growing number of MPs and commentators say that they believe a No-Deal Brexit is becoming a more likely scenario in 2019.

He asked why the Chequers White Paper was presented to the cabinet when it was bound to trigger massive objections from the EU .

The Lord said he had tried to persuade the Prime Minister to prepare a reserve, third position if the EU refused her “ambitious” and “sadly flawed” option.

Lord Owen believs that the European Free Trade Assiciation (Efta), which counts Switzerland and Norway as members, have not sought a Customs Union.

He said: “This in essence means asserting our right to stay in The European Economic Area (EEA) as a non-EU contracting party after we leave the EU on March 29 next year.

“However, we should do so as part of the European Free Trade Association (Efta), not the EU pillar where the European Court and Commission hold sway.

“The bespoke Chequers option is probably holed below the waterline.

“Now, before it sinks, the UK should write to the 27 other EU member and three non-EU members (Norway, Iceland and Lichtenstein) to ask if they are content for the UK to continue operating under the EEA as part of the Efta pillar once we depart.

“This would ensure no pull-out, but a smooth entry into the transition period while we remain in the European single market.”

Lord Owen concluded his piece by saying: “Politicians on all sides of the argument should stop frightening people by pretending he only choices for leaving the EU next March are a bespoke option or World Trade Organisation (WTO) option.

“There is an alternative EEA option that can win a majority of MPs. Namely to stay in the EEA single market as a non-EU country and in the Efta pillar for a limited transitional period from next year – a period long enough to reach an agreement with the EU on a Candian-style trade agreement.”

Mr Owen said the UK must not hesitate “to fight, if necessary, for our rights using international law”.