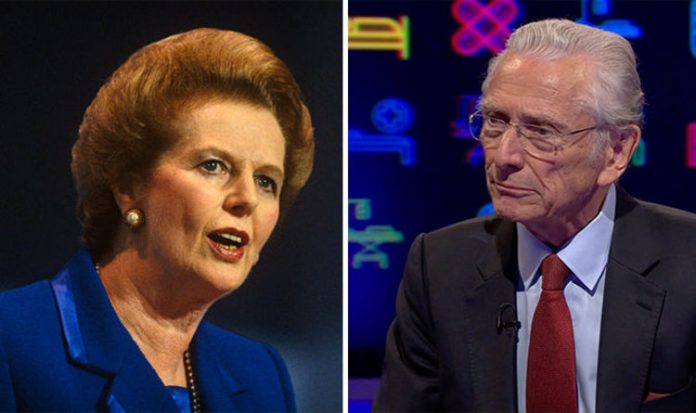 Appearing on the late night political show, Mr Fowler said Margaret “went along” with the NHS but she had other ideas on how it should be run.

When asked by presenter Emily Maitlis whether the late Mrs Thatcher liked the NHS, he replied: “It wasn’t her ideal situation.

“She once said to me, ‘what she would like is a Royal Commission’.

“But she could never think when the Royal Commission could be set up.

“You couldn’t set it up before a General Election because the Labour Party would say we were destroying it and there was never an opportunity to set it up afterwards.

“It was a rather good idea and I would love to see a Royal Commission on public health.

“But did she like it? She went with it and she understood the political importance of the NHS.”

The appearance on Newsnight coincides with the 70th anniversary of the founding of the NHS.

As the service prepares to celebrate its 70th anniversary next week, Professor Tony Young predicted a glowing future for the NHS, saying: “It is at the forefront of healthcare innovation – this is the most exciting time in medicine I have ever known.”

Among the advances are DNA smartcards to store genetic data, sensors in phones which measure blood flow and heartbeat and raise the alarm at the first sign of irregularities, and apps to warn allergy sufferers when they are in danger.

Mobile breast screening units are already being trialled and medicines are expected to be delivered by drone.

Prof Young, the National Clinical Director for Innovation, predicted artificial intelligence and hi-tech advances would lead to a fundamental shift in health systems.

The advancements, he said, would move the NHS from a service which deals with illness when it occurs to one which prevents disease.

He said despite the huge challenges of an ageing population and the rise in treating chronic and costly conditions such as diabetes and heart disease, he was “very positive about the NHS”.

But another Newsnight guest claimed the health service does not work as well as it should.

Professor Carol Propper of Imperial College London told the flagship programme those with healthier “genetics” will become less willing to subsidise healthcare for people who are less healthy.

She said the “social solidarity” that underpins the NHS is at risk.

Adding: “What will happen is people will know more about their diseases, people argue that’s the reason for having a social solidarity system like the NHS.

“I think this misses a point. When people know about their genetics, some will know they are less risky.”