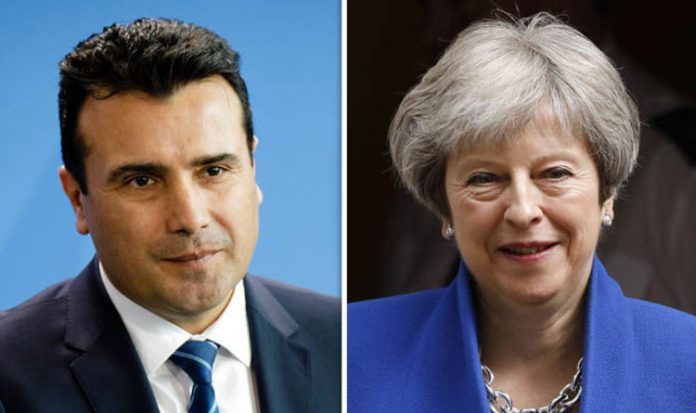 The Foreign Affairs Committee (FAC) called on the Prime Minister to aid the Balkan nations in their quest for EU membership and urged the Government to develop a “credible and independent” 10-year plan of action for its relationship with the nations in light of continued pressure from Russia.

Conservative MP Tom Tugendhat, chairman of the FAC, commented on the issue, stating: “The Western Balkans have come a long way since the 1990s, when the region was engulfed in violence.

“But the Western Balkans Six have further to go if they are to qualify for EU membership.

“Opposition from some countries around the world will harm their interests and those of neighbouring EU states.

“The UK has a role in supporting them even after we leave the EU.”

The leaders of Albania, the Republic of North Macedonia, Bosnia and Herzegovina, Kosovo, Serbia, and Montenegro are set to meet politicians including Theresa May and Angela Merkel in London next week to discuss key issues including EU accession.

Mr Tugendhat commented on the summit, stating: “It is a welcome sign that the UK and its EU partners are committed to helping the region on its path to peace and prosperity.”

However he warned Mrs May would only be able to exert “meaningful difference” in the region if she commits to establishing an “independent role” for the UK following Brexit.

The West Balkans Six are seeking to join the European Union and Mrs May was urged to help the process when she visited the Macedonian capital of Skopje in May.

Mrs May was the first British Prime Minister to visit Macedonia in nearly two decades, and the Macedonia Prime Minister Zoran Zaev called on the UK to help the Balkan country achieve a “Euro-Atlantic future”.

The FAC has nevertheless expressed concern that corruption, authoritarianism and organised crime persist within many Balkan nations.

A report published by the committee stated: “Some experts believe they are getting worse and that outside actors such as Russia are willing and able to exacerbate the situation.”

The committee also warned the West Balkans Six’s accession to the EU may be “long and halting” due to the EU’s reluctance to admit new members, and the UK’s potentially reduced “leverage” in the region following Brexit.

It also called for the UK to establish a “robust set of commitments that can make a real difference” in the region at the upcoming fifth annual Western Balkans summit, which is due to commence on Monday.

Mrs May stated the summit will address issues including economic stability, organised crime and corruption, and will seek to establish political cooperation over ongoing disputes in the region.

Speaking during her visit to the Republic of North Macedonia, she said: “Next year the UK is leaving the European Union, but we are not leaving Europe.

“We will continue to work with our allies to protect our collective security and champion the European values that so many in Macedonia and the wider Western Balkans share.”