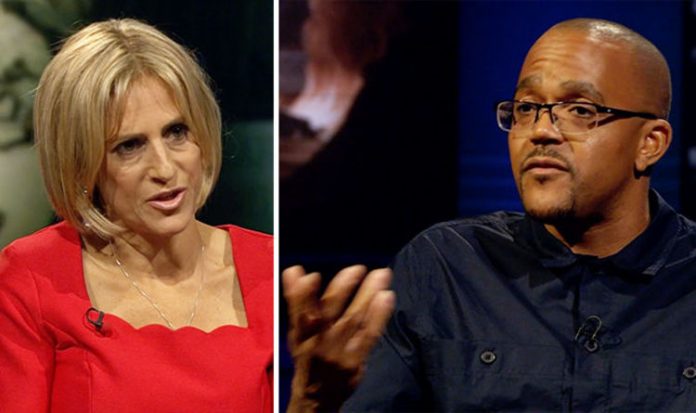 Appearing on the flagship show, Kehinde Andrews, who is of Afro-Caribbean descent, gave his controversial take about whether there can ever be adequate reparations for human history built on oppression and slavery.

Speaking on BBC Newsnight, he said: “The West is built on racism, the principle of white supremacy is embedded into our political economy.

“There’s a reason why children die every second on the African continent.

Mr Andrews argues that white supremacy is based on the belief that black people are inferior and this is reflected in the global economy.

But the professor is highly critical of Barack Obama and said he did not do enough to help black people in America.

He also made a surprising argument about Donald Trump, saying: “Trump is probably a better president for black people than Barack Obama.

But Newsnight presenter Emily Maitlis pointed out that black unemployment went down at the end of Obama’s premiership.

Mr Andrews retorted: “But poverty went up. Because what kind of jobs were people getting?

“50 percent of employed black people in New York work in fast food restaurants, that’s no kind of work. Obama could only do harm.

“At least Trump reminds us – the southern wolf – that he is not your friend.”

It has also been endorsed by Russel Brand.