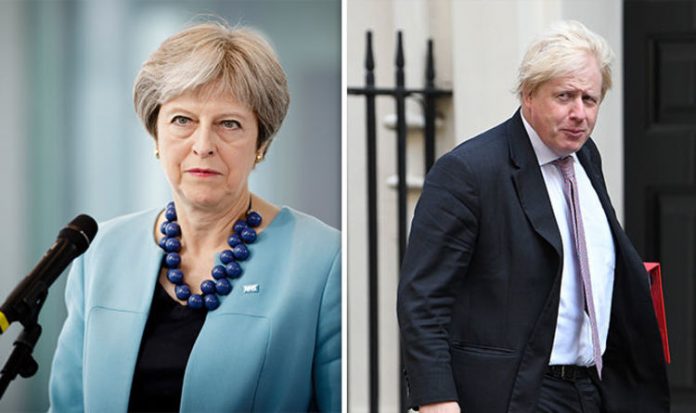 The crunch talks are expected to deal with a number of key issues, including the Irish border and customs arrangements.

However, to stop leaks from the top secret day of meetings, Mrs May is apparently stopping her divided Ministers from being able to access their phones all day.

“All ministers having their mobile phones confiscated at the door of Chequers and no one getting them back until 10pm.

“Not even at lunch break.

“So all leaking blocked, and cheeky Whatsapping by the naughty kids banned while there!”

Westminster figures are known to use WhatsApp to communicate among themselves and with journalists because the messages are harder to track.

Ministers could be at the Prime Ministers Chequers retreat until late in to the night, having been told they cannot leave until an agreement has been reached.

READ  School fines: Will you be fined if your child can't go to school due to 14-day quarantine? | UK | News (Reports)

The Cabinet are deeply divided on Brexit, with Brexiteers and Remainers still battling over the details with just nine months to go before we leave.

Just last week, Business Secretary Greg Clark and Foreign Secretary Boris Johnson found themselves at the centre of a Government row after Airbus threatened to quit the UK in the event of a No Deal Brexit.

Mr Johnson is reported to have said “f*** business” when asked about firms’ fears over Brexit at a Foreign Office reception last week.

He was rebuffed by Mr Clark who said the manufacturer should be listened to.

Mr Clark told the Commons: “Any company and any industry that supports the livelihoods of so many working people in this country is entitled to be listened to with respect.

“The Government has been clear that we are determined to secure a deal with the EU that meets the needs of our aerospace firms and the thousands of people whose livelihoods depend on them.”