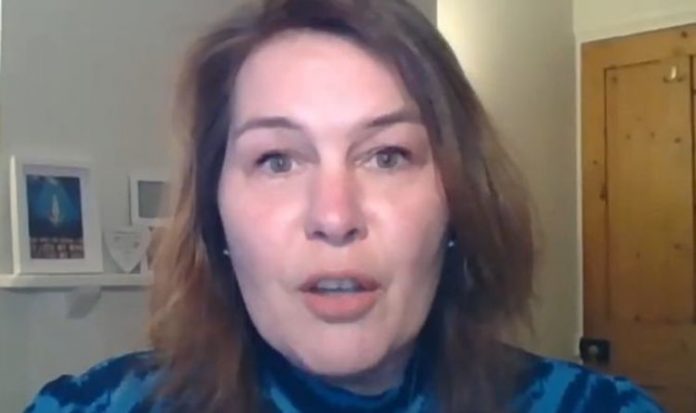 Meghan Markle and Prince Harry’s decision to “manage [their] situation in the best way for them” has been defended by a passionate Briton. During BBC Question Time, an audience member spoke about the latest news regarding the Duke and Duchess of Sussex. The unnamed woman stressed that there are “more pressing” issues for the country to be concerned about.

She told the panel: “They are in the public eye and trying to manage it as best as possible.

“Quite frankly, I have higher priorities than worrying about Prince Harry and Meghan and their new baby.

“I don’t wish them any ill harm.

“But let’s face it, I think they’re just trying to manage the situation in the best way for them, and them as a family.”

READ MORE: ‘There’ll be tears’ Meghan and Harry’s Oprah interview to be emotional

The woman continued: “I really don’t think anyone’s got any right to criticise that.

“That’s more pressing to me.

“I really am not interested in that other areas at all.”

A new black and white photograph was released of the pair, with Meghan’s visible baby bump in the frame.

No due date was confirmed, and neither was a gender.

Now it has emerged that the royals will sit down with TV show legend Oprah Winfrey in a “wide-ranging interview”.

According to CBS, the 90-minute special will cover “everything from stepping into life as a Royal, marriage, motherhood, philanthropic work to how she is handling life under intense public pressure”.

It is set to be broadcast on March 7.