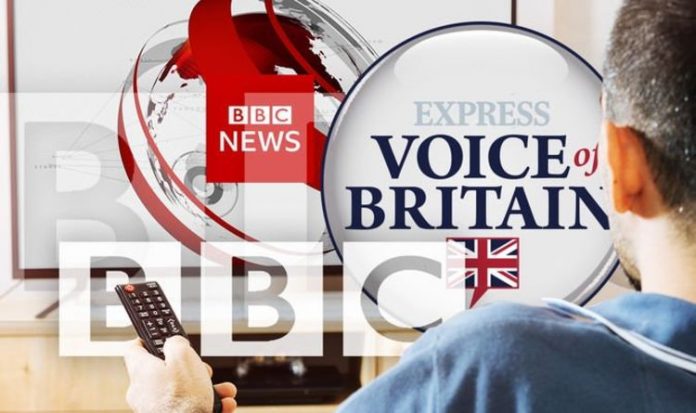 Since the start of August, over-75s are no longer exempt from the BBC TV licence fee, meaning millions of pensioners now have to fork out the annual £157.50 charge. Those who receive pension credit are exempt from paying the fee, but the move has prompted fury among pensioners and campaigners. In response, Express.co.uk asked its readers whether they would back a national strike against paying the TV licence fee.

The poll, carried out from 6.30pm on August 10 to 8am on August 11, asked: “Would you support over-75s with national strike against paying TV licence fee?”

Readers then took to the comments to justify why they supported a strike against the annual charge.

One reader one: “I would support a strike until EVERYONE is free to choose whether or not they pay the TAX and are FREE from prosecution.”

Another person hit out at the corporation for introducing the charge against pensioners, they wrote: “The BBC is picking on older people because it thinks they are soft and a captive market.

“Older people should teach the BBC a lesson by helping to starve it of cash.”

A third user agreed, and even suggested a referendum should be held on whether the TV licence fee should be scrapped.

JUST IN: Presenter rages at calls fo over-75s to go to jail over BBC TV licence

One user simply wrote: “Why should the British public fund the BBC, a public broadcaster that they have lost all confidence in?”

Another urged MPs to intervene and decriminalise the licence fee.

They said: “The BBC is hiding behind ‘it’s a criminal offence not to have a TV and Radio License” MP’s need to decriminalise it now!”

Other readers suggested the licence fee should become voluntary.

One person said: “Let’s see how popular the BBC is – TV licence to be voluntary and payment enables you to watch the BBC.”

Another wrote: “Everybody should just stop paying, they can’t put us all in jail and be forced to join 2020 and use subscriptions model, or advertising.”