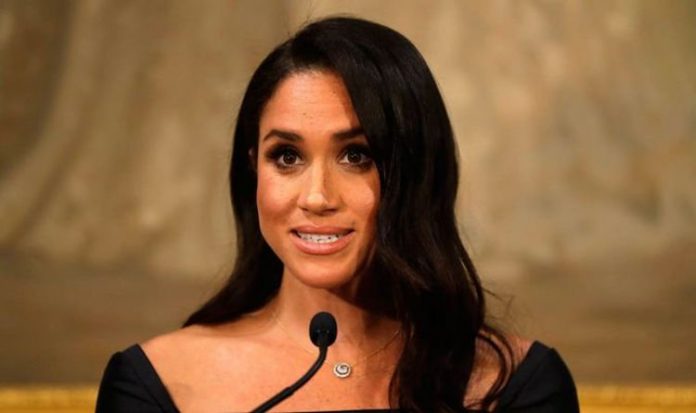 Meghan’s first attempt to start a career in politics failed when the now-Duchess of Sussex didn’t pass a test required to access a career in the US State Department, royal experts Omid Scobie and Carolyn Durand said. Meghan was drawn towards politics when she was attending Northwestern University, according to the authors of the newly-released bombshell biography Finding Freedom.

Thanks to her father’s brother, Meghan had the chance to carry out an internship at the US embassy in Buenos Aires on her third year at Northwestern.

This experienced broadened her horizons and, while Meghan continued to be interested in acting, she also decided to entirely change her major and attempt to pursue a path in poltiics.

However, her dreams were dashed early on, according to the book.

It read: “Meghan took the Foreign Service Officer Test, a prerequisite for a job as a State Department officeer.

“When she didn’t pass the highly competitive test, she was extremely disappointed.

“She wasn’t used to failing. It was a major blow to her confidence she had always tried to protect.”

Describing the impact the internship in Argentina had on young Meghan, the authors said: “By her junior year, she had finished most of her credits, so with the help of her father’s older brother Mick, she secured an internship at the US embassy in Buenos Aires.

“No one in the family was quite sure what Uncle Mick did, whether his communications job in Buenos Aires was actually a cover for a job in the CIA.

“But regardless, his connections allowed a 20-year-old Meghan to broaden her horizons beyond the stage.”

Meghan herself touched upon her decision to revamp her curriculum in university to walk down the path of a political career.

Speaking to Marie Claire, the Duchess of Sussex said: “I had always been the theatre nerd at Northwestern University.

“I knew I wanted to do acting, but I hated the idea of being this cliché – a girl from LA who decides to be an actress.

“I wanted more than that, and I had always loved politics, so I ended up changing my major completely, and double-majoring in theatre and international relations.”