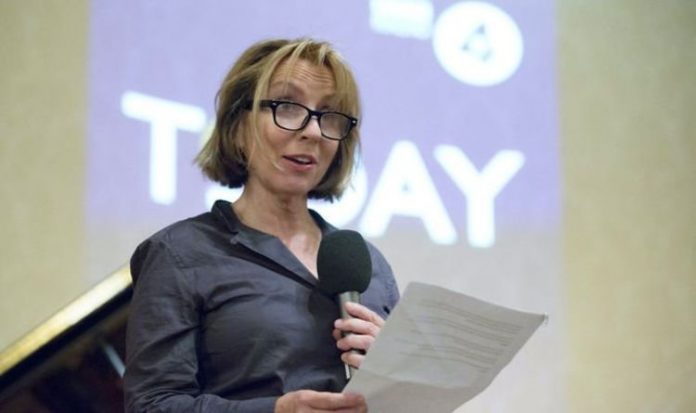 Ms Sands was the editor of BBC Radio 4’s flagship show, the Today Programme. A short three years later saw the veteran journalist announce her resignation in January 2020. Her departure came amid substantial cuts by the corporation to free up much needed money.

Ms Sands officially left the BBC last Friday, offering up a slew of interviews and personal pieces about her time there.

In an interview with day Times, Ms Sands had as many sore words as pleasantries for her former employer.

She said there are “degrees of misery” for the corporation’s staff and the work that was required of them.

Although she admitted that her hours were “pretty good”.

Ms Griffiths is a BBC insider having been editor of BBC Radio 4’s PM programme and Broadcasting House when her appointment was announced in July.

Many veteran BBC staff and big names have left the corporation in recent years.

John Humphrys left the corporation in September 2019 after presenting the Today Programme for 32 years.

Much controversy surrounded the journalist after reports revealed he earned around £600,000 a year.

Just days after he left, Mr Humphrys memoir was serialised in the Daily Mail.

It was there that he desired the BBC as having “institutional liberal bias”.

He also condemned the “Kremlin”-style corporation for being out of touch.

Other well-known faces to have left include Jeremy Paxman, who quit Newsnight after 25 years, and John Pienaar earlier this year who had worked there for 28 years.

When approached by Express.co.uk, the BBC declined to comment on Ms Sands’ comments to day Times.