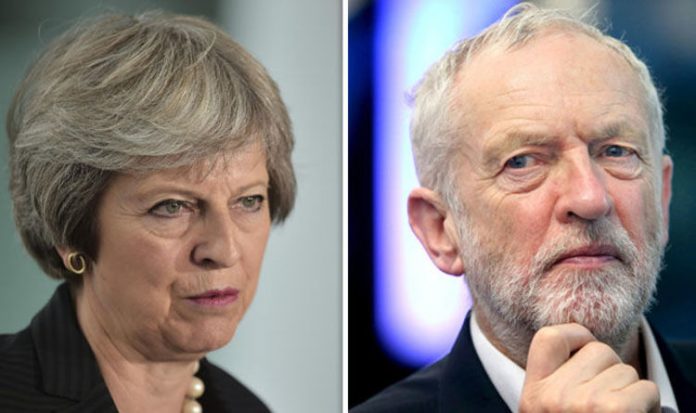 Many Labour MPs have long been bitterly at odds with hard-Left socialists who flooded into the party after the 2015 general election defeat and helped propel Jeremy Corbyn to the leadership.

Former minister Frank Field showed just how bad the atmosphere has become by resigning the Labour whip on Thursday, hitting out at the “culture of intolerance, nastiness and intimidation” in the party.

Some Tory MPs now fear their party is catching a similar ailment following a sudden rise in membership applications. Pro-Brussels Tories complain that hordes of so-called “Brextremists” are rampaging into Conservative associations in areas that voted firmly for Leave in the 2016 EU referendum.

“The people who are joining are not actually Conservative,” complained the Europhile ringleader Anna Soubry.

Phillip Lee, another Brusselsbacking backbencher, insisted it was “time to wake up” and suggested many of the newcomers were a hard-Right version of Labour’s Corbyn-supporting Momentum faction.

“If you have ever voted Conservative please join to stop this,” he said.

Conservative Campaign HQ appears to be joining in the panic. A leaked memo from an official urged local party chiefs to make greater efforts to check the views and motives of new membership applicants.

Complaints abound of “entryism”, the infiltration tactic used by the Militant Tendency – a revolutionary Marxist faction – to try to take over the Labour Party in the 1970s and 1980s.

Yet there is no evidence that the new Tory members are part of any secretive party-within-a-party structure along Militant lines.

There is no Tory Brexiteer equivalent of Momentum, which organises its own conferences and slates of candidates for elections to party posts.

Some of the new Tories may well have heeded the call from Leave.EU, the Eurosceptic pressure group set up by the former Ukip donor Arron Banks, which has launched a “Unite the Right” campaign to encourage grassroots Eurosceptics to join the Conservative Party.

Yet Leave.EU supporters insist the group is a loose social media network of like-minded Brexiteers rather than a disciplined “entryist” organisation. 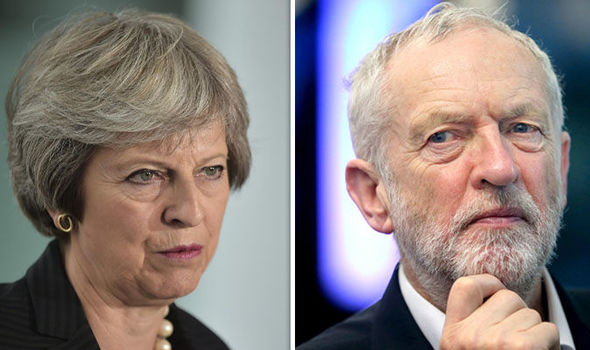 Theresa May and Jeremy Corbyn are seeing a rise in party membership (Image: GETTY/PA)

Brexit-backing Tories are bemused by the backlash against the new membership from their colleagues. At the last general election the campaign led by Theresa May sought to win back Tory voters who had previously switched to Ukip.

To draw the line when it comes to some of their number wanting to actually join the party that seeks their votes is seen as churlish.

Tory backbencher Nadine Dorries said on Twitter this week: “I welcome with open arms the Ukip members in Bedfordshire – not least, because they are mostly former Conservative members.”

Another Tory MP told me: “The party seems to welcome defectors from the Lib Dems or Labour with open arms but seems to be uneasy about people joining who might actually be Conservatives.”

At the general election the party suffered from a dearth of volunteers willing to pound the streets for the Tory cause.

Conservative Party membership has dwindled from a post-war high of nearly 2.8 million in 1953 to about 124,000 in May this year, according to House of Commons Library figures.

With Labour membership at around half a million, Tories would be expected to welcome a few more recruits.

Brexit is transforming British politics, inspiring many voters to get involved and get active after years of disillusionment during the bland era of Tony Blair and David Cameron.

Many of those joining the Tories are patriots who want to make sure the chance for restoring national selfgovernment is not squandered.

Tory MPs may be about to find that their surprise membership surge is a sign that full-strength Conservatism just might be becoming popular again.

Remainers realise their time is running out

Window stickers bearing the slogan “Our Future – Brexit Wrecks It” plopped on to doormats across the country this week.

The national junk-mail drop was organised by the Brexit-loathing Lib Dems as part of the cross-party Remainer campaign to thwart the Leave vote of the 2016 EU referendum.

“We are willing to work with anyone – people from all parties and none – who want to put a stop to the madness of Brexit,” says Lib Dem leader Sir Vince Cable in an accompanying letter.

Scheming by Remain fanatics in the Westminster parties has been intensifying throughout the summer and some of the plots being discussed are becoming increasingly far-fetched.

One idea circulating among some pro-Brussels MPs this week involves launching a new centrist political party the day after Britain’s scheduled exit from the EU on March 29 next year.

The new movement, its supporters say, will have a commitment to rejoin the EU at the first possible opportunity as its number one policy. Perhaps it could be christened the “Lock The Stable Door After The Horse Has Bolted” party.

An even more complicated plot dreamt up by some discontented Labour MPs involves their party winning the next election, then immediately replacing Jeremy Corbyn with a moderate pro-EU leader dedicated to taking Britain back into the bloc.

The signs are that even before Brexit day the opposition movement is preparing to dig in for a fight stretching into the longdistant future.

Anti-Brexit activists still dream of halting the process with a fresh EU referendum, with the People’s Vote campaign becoming increasingly noisy. Yet there seems to be little agreement about exactly what question a fresh Brexit poll should ask.

This week saw the faintest of glimmers of movement from the previously intransigent EU Commission when chief negotiator Michel Barnier signalled that an unprecedented deal was possible. Optimism is growing among ministers that an agreement is within reach, even if the result is far from perfect.

Remainer hopes of the negotiations collapsing are fading and the window for triggering a second referendum is closing fast. Their fantasy plots for trying to turn the clock back after Brexit show they sense their time is running out.