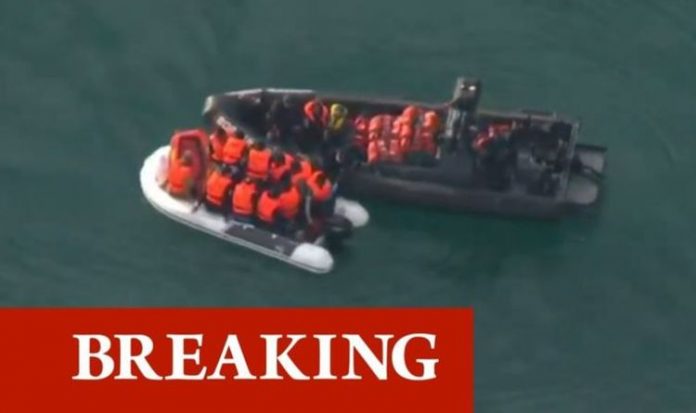 It comes amid continued fine weather and calm waters in the English Channel as temperatures are expected to soar to 38C over the weekend.

Government sources told Sky News that the boat was the first of the day to cross the channel with more expected to make the crossing throughout the day.

On Thursday, at least 235 migrants made the dangerous journey in 17 boats, setting a new single-day record whilst more than 130 made it to the UK in 13 boats yesterday, the Home Office said.

Schools minister Nick Gibb said the Government was looking at the possibility of using boats to prevent migrants crossing the Channel from Calais to Dover.

Mr Gibb, MP for Bognor Regis and Littlehampton on the south coast, added: “We are looking at involving the use of boats in preventing boats from crossing the Channel.”