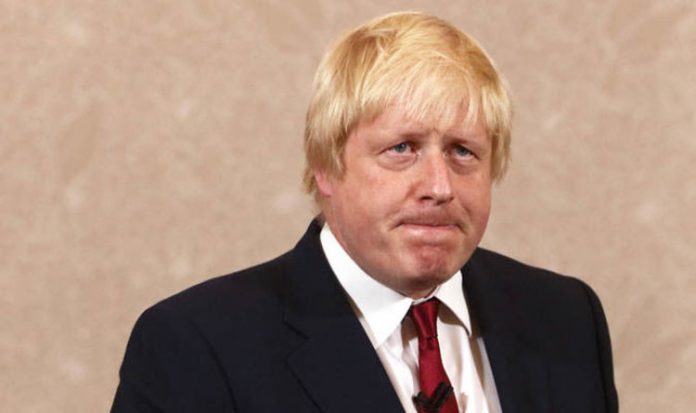 Tory MP Nadine Dorries said that the former foreign secretary’s description of women wearing burkas as looking like “letter boxes and bank robbers” was simply factual and most of her constituents in Mid-Bedfordshire agreed with him.

She pointed out that there is speculation about Theresa May’s leadership, and the attacks were aimed at “the most popular politician in the country.”

She added on Twitter: “The campaign to stop Boris becoming leader is underway in a very crass and cack handed way.”

Former Tory London deputy mayor Munira Mirza, herself a Muslim, said: “The reality is there is a political fight here

“People who frankly couldn’t care less about the issues that Muslim women face are piling into Boris because Boris said it.”

Their interventions came as Tory grandees, many of whom supported Remain in the referendum, piled in to demand that Mr Johnson apologised over his article in the Daily Telegraph.

With speculation of a leadership challenge against Mrs May it is now believed Mr Johnson is the pro-Brexit choice to take over from her.

Culture Secretary Jeremy Wright and Ruth Davidson, the leader of the Scottish Tories, were among those who claimed that his weekly column had crossed a line.

But supporters of the former foreign secretary claimed he was being targeted in an attempt to ward off a possible leadership challenge in the autumn.

Sources close to Mr Johnson have made clear that he stood by the article in which he argued against a burka ban of the kind adopted by some European countries.

Many in the party saw the stand-off as a continuation of the ongoing struggle over Brexit following Mr Johnson’s resignation last month over Mrs May’s Chequers plan.

He said he had written to party chairman Brandon Lewis calling for “severe action” against Mr Johnson for his “inflammatory” remarks.

“I think to a certain extent they’re racist. In a way it is racist. These words are very inflammatory,” he told Sky News.

“I believe they will cause problems with race relations.

“I believe it will encourage bigotry in this country.”

After Mrs May backed calls on Tuesday for Mr Johnson to apologise, Mr Wright said that while important issues such as the wearing of burka were discussed publicly, politicians needed to choose their language with care.

“When you are discussing a subject such as this, then I think describing it as people looking like letterboxes isn’t helpful,” he said.

Ms Davidson, who is talked about as a possible Remainer rival to MrJohnson for the leadership, however, went further, saying Mr Johnson’s comments had been “gratuitously offensive” and that he needed to apologise.

“I think that this wasn’t an off-the-cuff slip, he wrote a column, he knew exactly what he was doing and I think it crossed from being provocative and starting a debate and actually it became rude and gratuitous,” she said.

Another leading Remainer, former attorney general Dominic Grieve, who has in past clashed with Mr Johnson over Brexit, said his comments were “very embarrassing” and warned he would leave the party if he ever became leader.

“I don’t regard him as a fit and proper person to lead a political party and certainly not the Conservative Party,” he said.

Meanwhile former Conservative parliamentary candidate Shazia Awan-Scully accused Mr Johnson of “pandering to the extreme right”, comparing his comments to Enoch Powell’s divisive Rivers of Blood speech, and said he should be sacked.

Jacob Rees-Mogg said: “It’s hard to see what he should apologise for. He has defended people’s right to wear the burka whilst saying it is an inelegent garment. Neither of those two proposals are unreasonable.”