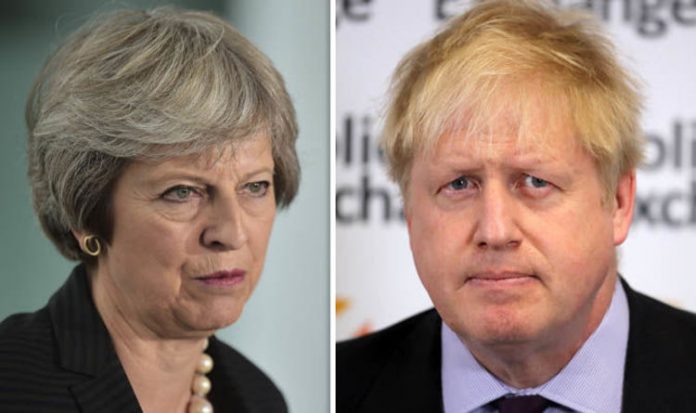 Numerous complaints have been lodged with the Conservative Party chairman Brandon Lewis, who oversees the party’s code of conduct.

The official has nevertheless come under criticism for failing to launch an official investigation into Mr Johnson’s remarks over 72 hours following their publication.

One Conservative source commented on Mr Lewis’s actions to The Sun, stating: “They’ve picked a fight with Boris but they don’t want to finish it, in case he is found innocent and wins.”

Speaking to the Guardian, he said: “I think Mr Lewis should look at the impact of what Boris has said, because it will inflame Islamophobic behaviour.”

Naz Shah, Labour’s Shadow Equalities Minister, stated: “Presented with obvious Islamophobia from Boris Johnson, both Theresa May and Brandon Lewis have done nothing.”

Downing Street has refused to comment any further on Mr Johnson’s actions following Mrs May’s statement on the issue on Tuesday.

Speaking in Edinburgh, she said: “I believe and the Government believes, that the question of how a woman should dress is a matter for a woman’s individual choice; nobody should be telling a woman how to dress.

“As we openly discuss these issues, it is imperative that everybody is careful in the language that they use.

“It is very clear that the language Boris Johnson used to describe people’s appearance has caused offence, it is not language that I would have used, and I think it was wrong to have used such language.”

Mr Lewis has reportedly personally asked Mr Johnson to apologise for his language, but failed to comment further on his next actions when asked by reporters on Wednesday.

The leading officials were nevertheless accused of being scared by key supporters of Mr Johnson, who suggested they feared the prospect of a leadership bid.

Tory MP Nadine Dorries commented on the issue on Talk Radio, stating: “People in Westminster are terrified Boris Johnson may make a leadership challenge and those on the Remain side particularly are going to come out and attack him in force over his burka comments.

“Has everyone forgotten that the first MP to call for the removal of the veil was the Labour MP Jack Straw?

“Sometimes I’m fairly horrified at the sheer weakness and pathetic hand wringing from my fellow MPs in Westminster.”

A source at CCHQ told The Sun that the Conservative Party was following a “formal process” in relation to the complaints, and noted that this can “take time”.