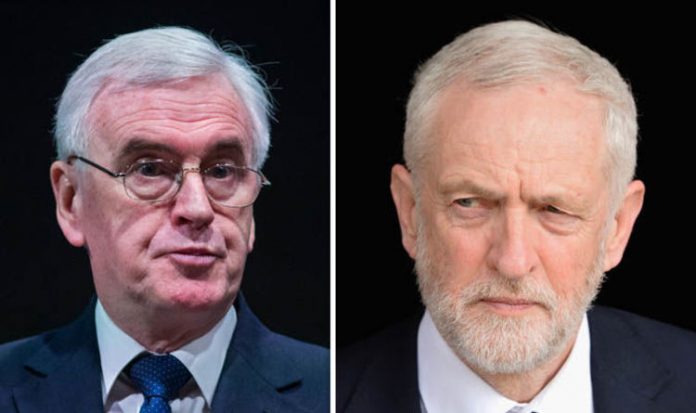 Speaking to a Unite the Resistance rally at a time of heavy Israeli airstrikes on Gaza, Mr McDonnell expressed solidarity with Palestinian citizens facing military bombardment.

In a video recovered by the Daily Telegraph, He said: “Nobody can speak without expressing some form of solidarity with the people of Gaza as the children are murdered and the bombs are flying from Israel.

“I think it’s absolutely critical now that we use every platform we can to expose what is going on, which is effectively an attempt at genocide against the Palestinians.”

Mr McDonnell defended his statements, and said he “takes pride” in condemning brutality and violence in Gaza.

A statement released by Mr McDonnell’s spokesman said: “John takes pride in and stands by his track record, and will always stand up for the victims of such disproportionate violence.”

The Labour official nevertheless drew sharp criticism from commentators, who also questioned why he had shared a platform with activist Jackie Walker in 2016, who was suspended by Labour for alleged anti-Semitism.

She wrote on Twitter: “Just a few days ago John McDonnell said that allegations of anti-Semitism in the Labour Party had shaken him to the core, yet just a few months after Jackie Walker claimed Jews were chief financiers of the slave trade – a hugely offensive remark.

“It seems he insisted on sharing a platform with her, despite calls for him not to.

“Meanwhile, his use of the term genocide is not only inaccurate, but irresponsible and deeply offensive, as Mr McDonnell should know.”

The Labour Party has also faced controversy over its handling of anti-Semitism at the heart of the party.

They were widely criticised for their decision to amend the definitions and examples of anti-Semitism as outlined by the internationally recognised International Holocaust Remembrance Alliance (IHRA).

The organisation, which published its first intervention regarding the issue online, stated that the significance of the definitions lies within the “international cooperation that led” to their development.

“Adding or removing language undermines the months of international diplomacy and academic rigour that enabled this definition to exist.

“If one organisation or institution can amend the wording to suit its own needs, then logically anyone else could do the same.”

They continued: “We would once again revert to a world where anti-Semitism goes unaddressed simply because different entities cannot agree on what it is.”

The group stated that the fight against anti-Semitism and the “real everyday threats to Jewish people”, requires “coordinated international solutions” rather than divisions.