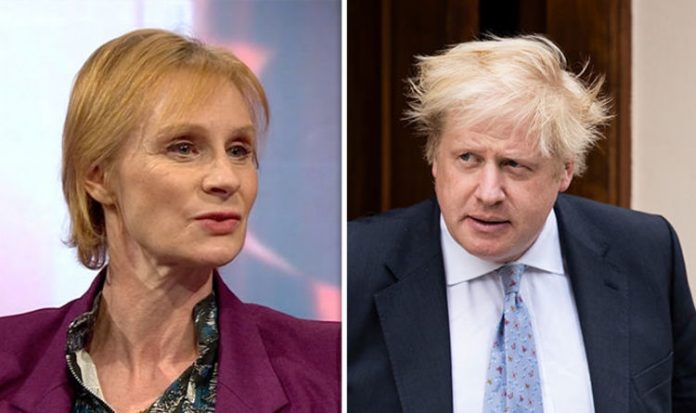 Speaking on BBC Newsnight, Anne McElvoy warned politicians only get so many opportunities to attempt to become Prime Minister and the Uxbridge MP may be near to his limit.

Speculation of a leadership challenge against Theresa May by Mr Johnson has been rife since he resigned from the Cabinet in July in protest at the direction of the Brexit negotiations.

Addressing whether the MP is planning to oust Mrs May, Ms McElvoy said: “The number of chances run out in any political lifetime.

“This next period, whether it’s weeks or months, is probably the last big go for him.”

Election mastermind, Sir Lynton Crosby, ran both of Mr Johnson’s London Mayor campaigns and is thought to already be planning how to put his friend in Number 10.

However, Mr Johnson’s plans to become leader were seen to take a major blow on Friday when it emerged he was divorcing from his wife amid claims of an extra-marital affair.

Explaining how the recent revelations may affect the former minister’s mindset when determining whether to launch a leadership challenge, Ms McElvoy implied his divorce will be a consideration in his planning.

The economist explained: “I think he doesn’t want to be humiliated and lose in a humiliating way.

“That is one of the considerations I think we can assume.

“I think it’s a fair assumption that Lynton Crosby, who is never far away from advising him and has advised him very well in the past, is somewhere in the mix here.

“He has always advised Boris to wait: ‘Go for it when you have a good chance of it. Don’t end up coming third or fourth. That could be the end of you’.”

However, Ms McElvoy indicated his personal problems may not impact voters’ assessment of the ex-Mayor of London.

She said: “Brand Boris is very resilient, one must say that.

“This certainly isn’t the first story of infidelity that has come out about him.

“The great man-child gets away with an awful lot that others wouldn’t.”

The politician has been thrown out by his wife twice before – the first in 2004 over his affair with writer Petronella Wyatt, then again in 2010 after he fathered a child with art consultant Helen Macintyre.