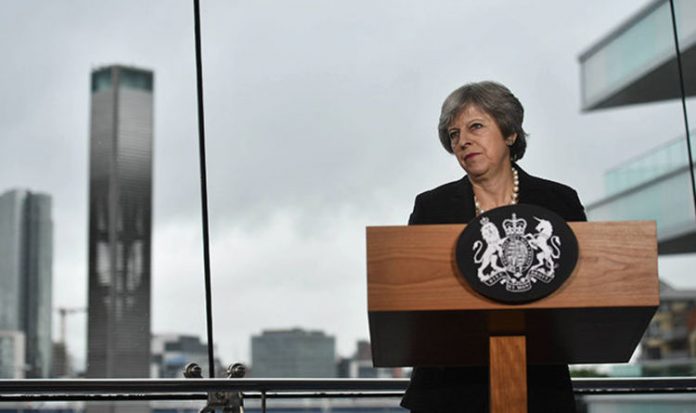 The Brexit away-day will see the Mrs May attempt to woo workers at local businesses where she will promise to deliver a deal that “works for every corner of the UK” – all the while grappling with continuing Cabinet tensions.

A stinging YouGov poll in the Sunday Times showed little more than one-in-10 Britons thought her Brexit plan would be good for Britain and the same poll showed public support for Boris Johnson to take over as Prime Minsiter.

Despite the poll blow Mrs May was to confirm a £780million investment in the East Coast Main Line, which services journeys between Doncaster, Leeds and Newcastle.

She said: “Making Britain a country that works for everyone, in urban and rural regions, is a priority for my Government and a thriving economy across the Northern Powerhouse is central to that.

“We have set out major policies and investments as part of our Modern Industrial Strategy to unlock the potential in the North and more than any government in history, we are making sure that we are delivering the outcomes that really matter to people who live and work here.”

The visit comes after Brexit Secretary Dominic Raab indicated he still needs to persuade some members of Mrs May’s Cabinet to get behind the controversial Chequers deal.

Mr Raab stressed he was “focussed relentlessly and unflinchingly” on achieving a deal with the EU but the UK was serious about about the possibility of a no deal walkaway from the bloc.

As London and Brussels squared down for an intensive 12 weeks of talks before the deadline for a deal in October, Mr Raab accused the EU of acting “irresponsibly” and trying to ramp up pressure on the UK with their projections of what the outcome of Britain crashing out of Brussels without an agreement would be.

The ongoing Tory turmoil over Brexit comes as Mrs May was hoping to present the Cabinet’s visit to the north east as a commitment to regional development post Brexit.

The Cabinet meeting will see announcements of backing for technology and manufacturing development in the region.

The move away from usual meetings in Downing Street will see a commitment to funding offshore and remote island wind to power millions of homes.

Business and Energy Secretary Greg Clark is announcing on Monday that major projects in the region will receive a cash boost.

After weeks of continued crisis over Brexit strategy, Mrs May will be hoping for a temporary breathing space as the Commons rises for the summer recess on Tuesday.

She has ordered Cabinet ministers to use the break to go on a European charm offensive to sell her Brexit plans as she prepares to meet leaders of Estonia, Austria and the Czech Republic this week.