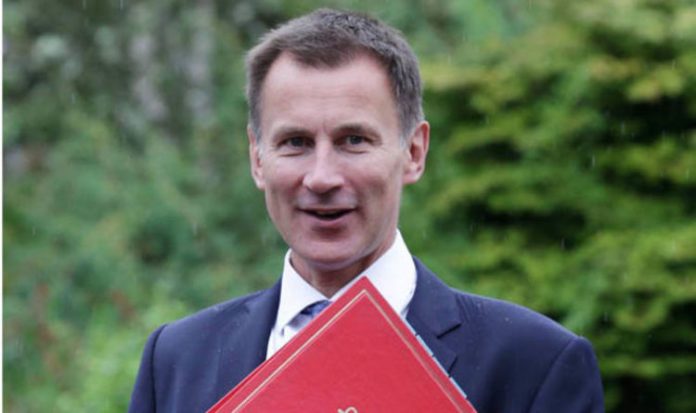 Mr Hunt said: “I will be clear that our European partners must show much more flexibility and creativity in negotiations if we are to avoid a ‘no deal by accident’ scenario.”

This is one of many meetings he is taking since becoming the Foreign Secretary following Boris Johnson’s resignation earlier this month.

As talks about a post-Brexti deal continue, the EU’s chief negotiator Michel Barnier has criticised whether or not Theresa May’s White Paper proposals are workable.

The former Health Secretary said: “Germany is one of Britain’s most important allies in every field, from trade to European security to counter-terrorism.

“Our two countries work side-by-side to defend the rules-based international system on which our safety and prosperity depend.

“We are striving together to preserve the Iran nuclear deal, uphold the Paris climate change treaty, strengthen Nato, combat terrorism, improve cyber security and stabilise the countries of the Western Balkans.

“We will also discuss the UK’s exit from the EU. I will reassure my German counterpart that we want to continue to work alongside our European friends and allies, in defence of our shared values.”

These discussions come as Mr Hunt appeared to avoid a key Brexit trade question on Friday.

Mr Hunt was asked by journalist Evanna Holland how “realistic” a trade deal between Australia and the UK would be post-Brexit.

But the Conservative frontbencher refused to answer the question and as he apologised to the reporter he walked out of the conference room in Edinburgh.

The Foreign Minister praised Britain as a trusted ally, citing a recent poll in her country, where 90 percent of Australians ranked the UK as “the most trustworthy country” in the world.

However, in a swipe to certain British politicians, Ms Bishop said she “looked forward to a time when the UK feels free to make statements beyond those issued by the European Union”.

On Friday, International Trade Secretary Liam Fox announced he will consult the British public about the possibility of joining a Pacific trade group that includes Canada, Australia and Mexico after the UK has left the European Union next year.

Mr Fox said: “The Government is determined not only to seek deals with key bilateral partners but to break new ground: putting the UK at the heart of the world’s fastest-growing regions.

“That is why I am also announcing a consultation on potentially seeking accession to CPTPP – the Comprehensive and Progressive Agreement for Trans-Pacific Partnership.”

The CPTPP is the replacement for the Trans-Pacific Partnership (TPP).