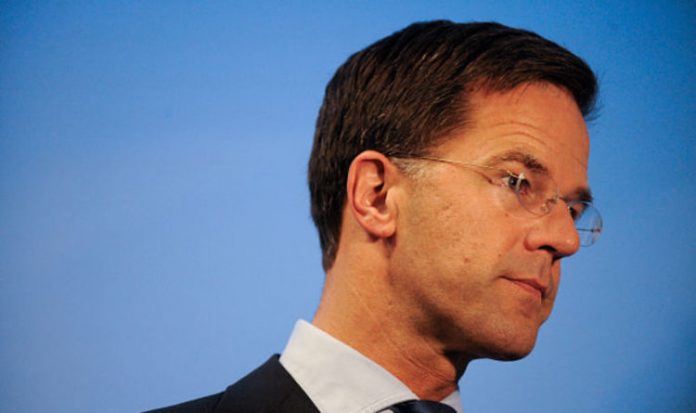 Dutch politician Mark Rutte appeared to contradict himself by saying that despite being “optimistic” of an agreement between the EU and Britain the bloc is now looking in the direction of a no-deal situation as the October deadline for negotiations draws ever closer.

He said: “I’m still optimistic we can come to a joint position later this year and the Chequers proposal in itself is helpful but its not the outcome.

“We have made more preparations for a no deal.”

His remarks came in the wake of Prime Minister Theresa May’s five minute speech over a lavish Brussels dinner last night in which she made a plea to EU leaders to back her controversial Cheque proposal.

A Government source reported that Mrs May said: “The onus is now on all of us to get this deal done.”

After the speech, leaders decided they would hold an additional Brexit summit on the weekend of November 17-18.

A venue is yet to be arranged.

In another blow to Mrs May, European Council President Mr Tusk confirmed there will be no withdrawal agreement without an Irish backstop and reaffirmed the backing of Michel Barnier.

He added, however, that there was “positive elements” in Theresa May’s Chequers proposal while elements are not fit for purpose because they risk the single market.

Mr Tusk said: “The suggested framework with not work, it is undermining the single market.”

“In October, we expect maximum progress and results in the Brexit talks.”

It means a final decision over the thorny issue of the Irish border will need to be concluded in weeks. However, EU chief negotiator Mr Barnier has hinted an agreement on a backstop is the most likely option.