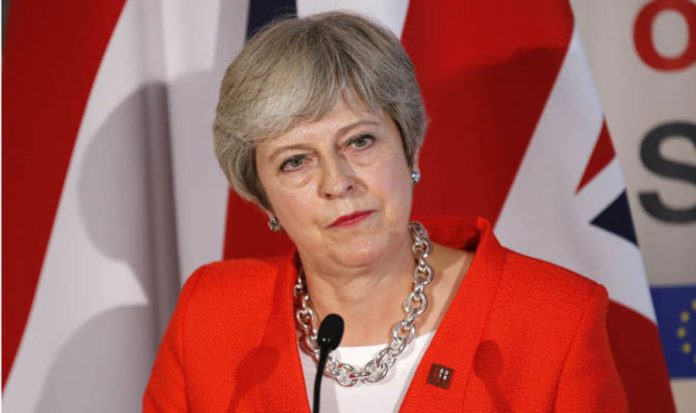 Maltese Prime Minister Joseph Muscat and his Czech counterpart Andrej Babis both suggested the 2016 in-or-out poll should be re-run to give UK voters a chance to think again.

And Mr Muscat claimed all the leaders of the 27 countries remaining in the bloc after Brexit were “almost unanimous” in sharing his view.

Their proposals, made at an informal EU summit in Salzburg, Austria, enraged Tory Brexiteers on Thursday.

And Theresa May angrily repeated her insistence that no second poll will be run.

“I want to make my position absolutely clear which is that there will be no second referendum, the Government will not accept a second referendum because there has been a vote of the people, it took place in 2016 and people voted to leave the EU,” the Prime Minister said at a news conference in Salzburg.

“Of course, we’ve heard those voices in Europe that talk about a second referendum — actually, others have now started to recognise more that this is going to happen, we are going to leave the EU. We will leave on 29th March 2019 and there will be no second referendum. We gave people their choice – people made their choice.

“It’s the duty of me as prime minister, of the Government, of politicians across the House of Commons to deliver on that vote.”

Senior Tory MP Jacob Rees-Mogg said: “It is surprising that it has taken so long for member states to suggest a second referendum. The EU’s version of democracy is to demand voters keep on voting until they give the right answer.”

In a BBC interview in Salzburg, Mr Muscat said there was “almost unanimous” support among EU leaders for Britain to hold a second referendum on membership of the union.

Mr Muscat said that any deal would be “sub-optimal” to continued membership, saying “it won’t be as easy as yesterday to trade between the two sides”.

Speaking to BBC Radio 4’s Today programme he said: “There is a unanimous, or almost unanimous I would say right now, point of view around the table that we would like the almost impossible to happen, that the UK has another referendum.

“I wouldn’t know what the result would be, whether it would be any different from the first result.

“I think most of us would welcome a situation where there is the possibility of the British people putting things into perspective, seeing what has been negotiated, seeing the options and then deciding once and for all.”

Mr Babis, the Czech prime minister, said he had been “shocked” by the referendum result and said it had contributed to a “difficult time” for Europe.

Also peaking to BBC Radio 4’s Today programme Mr Babis said: “We hope that finally we will reach a deal but basically I am very unhappy that the UK is leaving, so it would be better maybe to make another referendum and maybe the people in the meantime could change their view.

“Europe has a lot of problems, we have problems with Mr Trump about tariffs, sanctions with Russia, Brexit, migration and so on. For Europe it’s quite a difficult time.

“We were shocked when the referendum was announced that there was so much people practically unhappy, even the chief of commission didn’t understand.”

Mr Babis said a second referendum would “solve the problem quite quickly”, but also said on the question of no deal that there would “hopefully” be a deal.