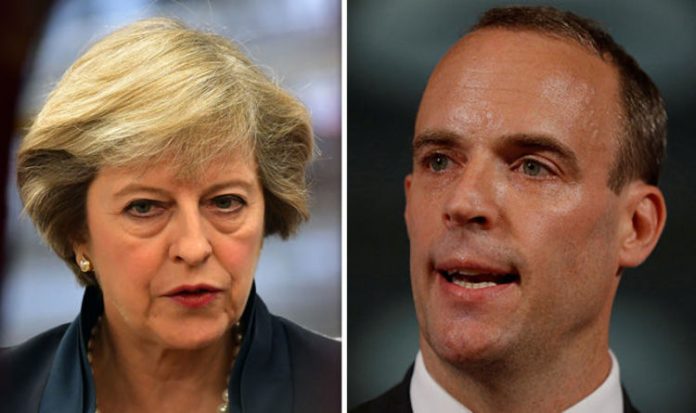 Leaked documents obtained by The Sun reveal that pensioners who have contributed to schemes in Europe could risk losing their access to their pension funds if they are paid into a UK bank account.

At the moment, there are Brussels rules that pensions from EU countries must be paid into EU accounts.

UK-based firms are allowed to make payments into bank accounts in European Economic area states and the same applies the other way round.

However, if access to this is lost, UK-based firms will not be able to make the payments.

Lending, deposit services and insurance would also be affected if the Government does not make any changes before the UK leaves the EU and the rules stay the same.

Therefore, UK residents would need to open accounts on the continent to collect their pension allowance.

When the UK leaves the EU next year, there is even concern that expats could have their UK bank accounts having their payments stopped.

The Financial Conduct Authority has announced plans to mitigate the impact for those pensioners with EU-based pensions.

Director of regulation at the Association of British Insurers, High Savill, said: “We urge the Government to agree a deal as a matter of urgency.

“Today’s paper emphasises the risk of insurers not being able to make payments to customers based in the EU after the end of March next year.

“Insurers have of course been making contingency plans for their own operations for many months now, but this contract issue is not one that insurers themselves can fix.”

The document revealing the pension news comes from the contingency plans published by the Brexit Secretary Dominic Raab.

Brexit Secretary Domnic Raab has said: “The plans are a a sensible, measured,and proportionate approach to minimising the impact of no deal on British firms, citizens, charities and public bodies.”

The UK is expected to leave the EU in March 2019 amid fears of a no-deal but Mr Raab insists he has time to strike an agreement by the October deadline.