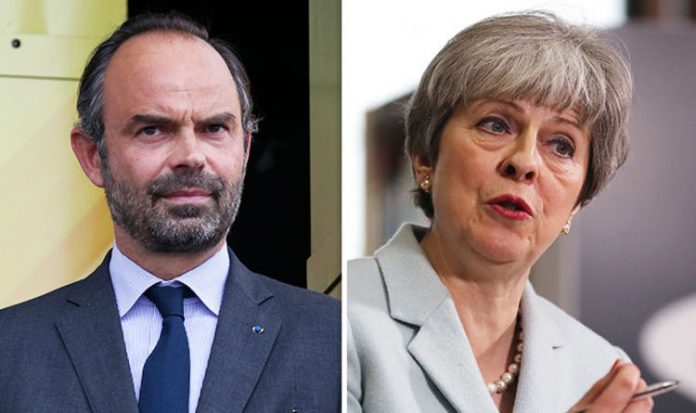 Last night it emerged Paris was making contingency plans in the event Britain crashes out of the EU without a trade agreement.

French prime minister Edouard Philippe said his government was outlining measures to tackle what would be an “unprecedented challenge”.

Several other EU member states are working on their own plans to mitigate the impact of a no-deal Brexit.

They fear a no-deal outcome could spark economic chaos by disrupting trade flows between Britain and the European Union.

The Netherlands is planning to hire 750 more customs agents to work at Rotterdam, Europe’s largest port, to help ease any disruption.

And Poland, which runs a trading surplus with the UK, is investigating how it can help firms which will be worst affected.

In a 15-page document issued to member states, they warned: “There is no certainty that an agreement will be reached.

“Preparation must therefore be stepped up immediately at all levels and taking into account all possible outcomes.”

The UK Government last week issued ‘technical notices’ advising businesses and the public on how to prepare for a no-deal scenario.

Brexit Secretary Dominic Raab said the UK would “continue to behave as responsible European neighbours” if negotiations break down.

He added: “I remain confident a good deal is within our sights, and that remains our top, and overriding, priority.

“But we must be ready to consider the alternative. We have a duty, as a responsible Government, to plan for every eventuality.

“The technical notices are a sensible, measured and proportionate approach to minimising the impact of a no-deal.”