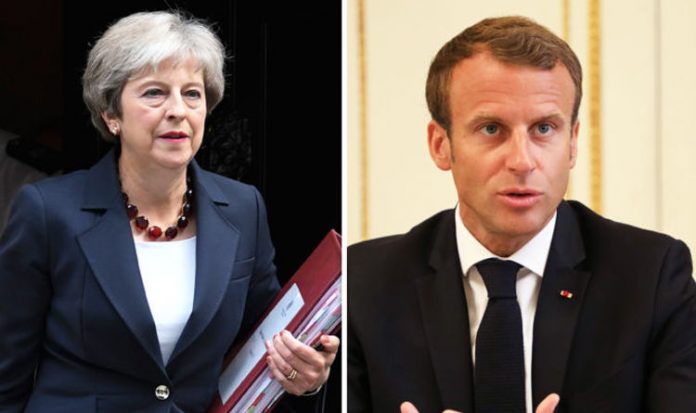 Nathalie Loiseau dismissed the Prime Minister’s Chequers deal as she accused the UK of trying to redefine the EU’s “basic principles”.

In a scathing attack, she said: “I read the British press on a daily basis and sometimes I wonder whether we live in the same world.”

She said: “EU law is not subject to negotiation.

“We will not redefine our basic principles because the UK doesn’t want to belong to the European Union any more.

“We have described our priorities and they are not subject to negotiations.”

Under the Chequers plan, the UK would quit the EU’s customs union and single market but agree a ‘common rulebook’ with Brussels.

This would mean Britain remaining subject to EU regulations on goods in order to secure a post-Brexit trade deal.

However, the proposals are unpopular among EU officials who believe Mrs May is trying to ‘cherry pick’ what she wants from Brexit.

Ms Loiseau said that while a future trade accord must be a “special one”, it “cannot divide the single market”.

She told the Evening Standard: “No-deal is not what we want, but we don’t want a bad deal either.

“There is nothing true about the French being tougher on the UK than other member states.

“Indeed, we want a good deal – but not at the detriment of the EU27.

“We have to consider what the Government proposes and what the British parliament would be ready to ratify.

“And there, there is an obvious question mark.”

Responding to Ms Loiseau’s remarks, a UK Government spokesman said: “We remain confident we will agree a mutually advantageous deal with the EU.”