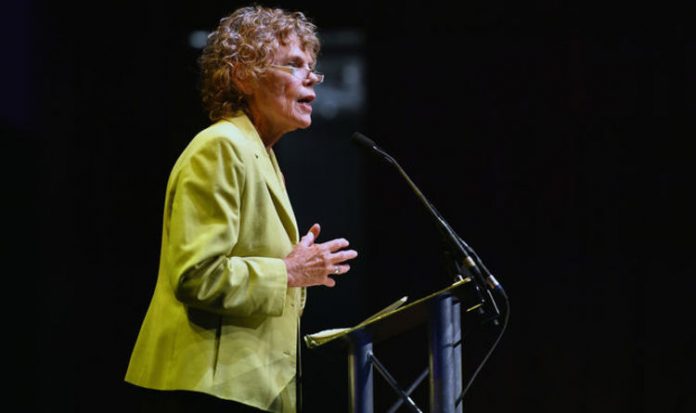 Ms Hoey, who represents Vauxhall, went against her party’s line along with three other Labour MPs and saved Theresa May from catastrophe, after the Prime Minister won the crucial customs union ballot by just six votes.

She has since been denounced by several prominent left-wing figures including Guardian columnist Owen Jones, who said that she, John Mann, Frank Field and Graham Stringer should be “kicked out of the Labour Party” for saving “Theresa May’s shambolic government”.

However, in a candid interview with The Times, Ms Hoey said she had been a leaver all her life and that she would not vote against what she believes in “for the sake of a political gold star”.

Ms Hoey said: “I have been a ‘leaver’ all my life. Why would I, after all these years of fighting, winning a referendum, opposing Maastricht, opposing Lisbon, why would I suddenly, for the sake of a political gold star, vote for something I passionately disagree with?”

She added: “It wasn’t really a question of going in to support the government. I personally didn’t feel that and I don’t think any of us did. We were doing it to defeat that amendment.”

Ms Hoey’s mother, who died in 2016 was also anti-EU and became concerned about the likelihood of Britain’s departure from the bloc in the months prior to her death. Ms Hoey said that she was beginning to get a bit “frustrated” and questioned whether Brexit would ever become a reality.

Labour’s whips didn’t attempt to persuade Ms Hoey to vote against Ms May prior to the vote.

Her local Labour group wants the whip to be removed and for her to be deselected for the next election, in a motion that will be debated on Thursday.

The MP for Vauxhall worked alongside Nigel Farage as part of the Leave.eu campaign in 2016, for which she was subsequently lambasted by the Liberal Democrats. The pro-remain party, which was headed by Tim Farron at the time, printed leaflets of Ms Hoey’s face merged with Mr Farage’s in an attempt to discredit and unseat her.

However, she breezed through last year’s election having increased her majority to 20,250.