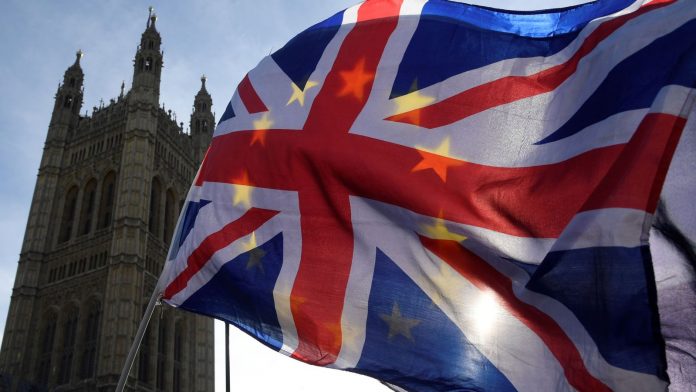 A senior Tory MP claims the UK would be put “in a state of emergency” with a “no deal” Brexit, as the government failed to deny stockpiling plans.

Former attorney general Dominic Grieve, a leading Conservative Remainer at Westminster, warned Britain leaving the EU without a deal would be “absolutely catastrophic”.

Claiming some of his fellow Conservative MPs are “actively seeking” a no deal outcome from EU divorce negotiations, Mr Grieve insisted he was not “scaremongering” about the impact of such an outcome.

He told Sky News’ Sophy Ridge on Sunday show: “We’ve got to be realistic about this. We will be in a state of emergency.

“Basic services that we take for granted might not be available.

“It wouldn’t be possible, for example, for someone to fly to Rome because the overflying rights over the other countries of the EU are regulated by EU law.

“We wouldn’t get medicines in, this point has already been made. We’d be out of the medicines agency.

“And, there’d be difficulties bringing food into this country because of the number of regulatory checks that would take place.”

:: No deal, no divorce bill – Raab ramps up Brexit pressure

However, Mr Grieve expressed hope, that if an all-encompassing agreement is not reached before March next year, that “side deals” would address some of the issues of a “no deal” Brexit.

The prominent Conservative backbencher spoke after new Brexit Secretary Dominic Raab revealed the government will be “engaging with the public more clearly” about “no deal” planning over the summer.

Last week, Prime Minister Theresa May told MPs there would be around 70 “technical notices” sent to businesses and households over the next few weeks.

Mr Raab, who held his first face-to-face talks with EU chief Brexit negotiator Michel Barnier last week, told the BBC’s Andrew Marr Show he is “focused relentlessly and unflinchingly” on achieving a deal with the EU.

But, he did not dismiss claims the government is planning to stockpile foods and medicines.

Despite attacking the “unhelpful” reports, he said: “We’re making sure, both in the allocation of money – £3bn extra allocated at the last budget – through operational things, like hiring extra border staff, through the legal arrangements, both domestic but also the treaty arrangements, that we’re ready for any and every eventuality.

“We will gradually and responsibly, which is the right thing for a government to do, set out more of the detail of that through technical notices.

“I’m not going to get drawn into the selective snippets that are leaked out and make hair-raising stories.”

Mr Raab also appeared to confirm the government is planning for a lorry park on the M26 motorway in Kent, should severe tailbacks occur due to post-Brexit delays at the Port of Dover.

“Of course, if we have no deal, we want to make sure we’re prepared at the border with the knock-on effects that that would have if, on the EU side, they take the worst-case scenario approach, which is frankly irrational,” he said.

The Brexit secretary added: “All of that planning is under way, from every aspect of the infrastructure to the legal position to make sure we’re ready for no deal and Britain thrives whatever the outcome of these negotiations.”

Mr Raab also accused Brussels of an “irresponsible” attempt to “ramp up the pressure” by issuing warnings about the impact of a no deal Brexit on UK expats living on the continent and EU nationals living in Britain.

Amid deep divisions in parliament over Brexit, Mr Grieve claimed a second EU referendum “may be the only solution”, even though it would not be “ideal”.

Former prime minister Sir John Major also backed a fresh Brexit vote, as he attacked the “irreconcilable” attitude of Tory Brexiteers for having “boxed the government and particularly the prime minister into a corner”, which could lead to no deal “by accident”.

He told the BBC: “It has downsides. I mean, frankly, a second vote has democratic downsides. It has difficulties.

“If you look back at the Leave campaign a great many of the promises they made were fantasy promises. We now know they are not going to be met.”

Shadow chancellor John McDonnell also did not rule out Labour backing a second EU referendum, even though it is not his party’s policy.

He told Sky News: “We’re not averse to any form of democratic engagement, but our view is that’s not our policy to have another referendum. We respect the existing one.