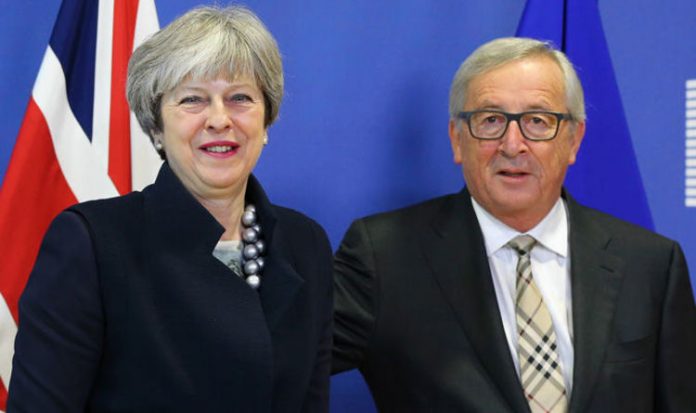 Key Remainers believe chief EU Brexit negotiator Michel Barnier will make a ‘fudge’ or ‘blind’ offer once it has been endorsed by Germany and France.

The offer could be made as many of the EU leaders fear the possibility of a no deal exit.

The government is more likely to be accept a vague deal on the future relationship between the UK and the EU and would also be harder for the Labour Party to oppose.

A fudge would scupper Remain campaign’s hopes for a second referendum on leaving the EU.

But they are also claim the Government will not be able to finalise details of the future relationship after the UK has left.

Remainer Chris Leslie MP said: “A blind Brexit would take the UK to the same place as a no deal Brexit, but without the clarity.

“The idea that the fundamental contradictions of the Government’s Brexit policy can be more easily resolved after the UK has left the EU is simply ludicrous.

“A blind Brexit is being talked about because some see it as a short-term face-saving deal for both the British government and the European Union, both of which are now terrified that concluding with a failure to agree a deal will result in a humiliating no-deal Brexit.

“With the EU27 governments and the EU commission wanting to spare Theresa May’s blushes, there is a risk we end up with a fake deal to save face.”

Mrs May has cut her holiday to Italy short so she can meet the French president Emmanuel Macron to continue with Brexit talks.

Foreign Secretary Jeremy Hunt was in Austria yesterday for talks on Brexit after he said that the chances of the UK leaving the bloc without a deal are “increasing by the day”.

See below for updates

Although at the time of the referendum Mr Vereker supporter the Remain side, he now believes that the UK will be able to prosper out of the bloc.

Mr Vereker will work three days a week for Mrs May as a special adviser where he will focus on business relations and trying to secure inward investment.