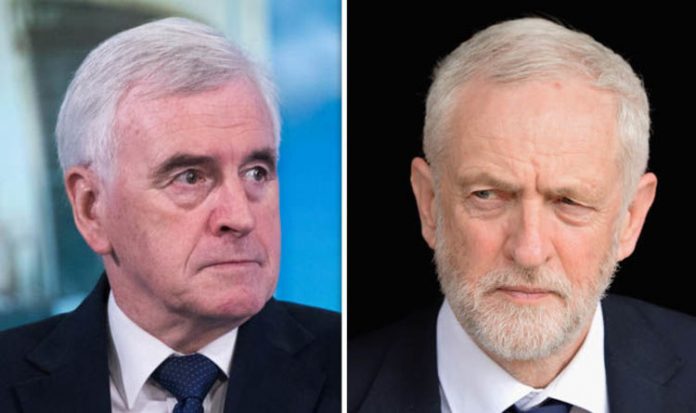 Leading Labour MPs have been told to improve their performance or face losing their shadow cabinet roles following analysis by new political advisers which suggests key figures are not delivering the impact required.

A Labour Party source told The Times: “There is a general sense that there need to be some changes, with some people in key briefs not performing, but a lot of the leader’s office are scarred by previous reshuffles.

“Corbyn will have to make some difficult choices.”

Analysis conducted by The Times indicates that two thirds of media coverage on Mr Corbyn’s cabinet involves only five MPs.

There are growing concerns over the availability of talent for Mr Corbyn to pick from when reshuffling his top team after a raft of resignations from prominent Labour politicians back in 2016 in protest over Mr Corbyn’s performance in the Brexit referendum.

More than twenty members of the Shadow Cabinet resigned in the wake of the referendum result, and a no-confidence vote was supported by 172 Labour MPs.

The Labour leader also suffered the loss of six junior front bench MPs in a rebellion against his orders to abstain on a House of Lords amendment to the EU Withdrawal Bill in June, which would have kept the UK in the European Economic Area (EEA) following Brexit.

Mr Corbyn may also fail to fill his Shadow Cabinet with prominent Labour figures due to the ongoing row surrounding anti-Semitism within the party.

The Labour leader has faced sharp criticism from numerous Labour MPs over his handling of the crisis, which arose following the decision by Labour’s National Executive Committee to amend the definition and examples of anti-Semitism as defined by the internationally recognised International Holocaust Remembrance Alliance (IHRA).

Labour veteran Dame Margaret Hodge, who lost relatives in the Holocaust, branded Mr Corbyn an “anti-Semite and a racist”.

Corbyn-ally Mr McDonnell also expressed his concern over the issue, stating: “None of fail to appreciate, I suppose, the way this has upset people including ourselves.

“It really has shaken us to the core really, but we’ll resolve it, we’ve got to.

“We’ve got to resolve the issue within our party and then get out there to assist the Jewish community campaigning against anti-Semitism within our society overall.”