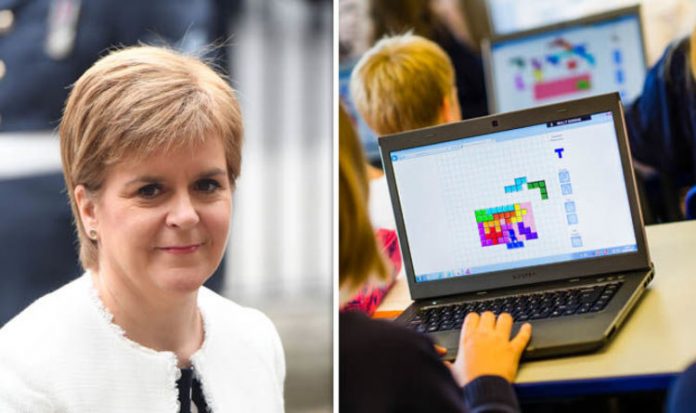 Concern is growing among headteachers, school staff and parents across the country over the state of mind of pupils following this year’s introduction of the Scottish National Standardised Assessments (SNSAs).

Letters and emails published under the Freedom of Information (FoI) Act depicted the negative impact the new tests, described by some as “intimidating and overwhelming”, had on children as young as five.

One teacher wrote how a child soiled themselves out of distress.

And another argued it was “unnecessary and cruel” to force pupils to undertake tests they can’t understand.

Among the criticism raised by teachers and headmasters who, together, filled 172 pages of comments on the issue, it was pointed out small children don’t have the keyboard and mouse skills to complete the computer-based tests.

A Dumfries and Galloway teacher said that dragging and holding a cursor was “really difficult with little hands on a large mouse”.

Another one from East Ayrshire said children, more used to smartphones and tablets, touched the computer screen in their attempt to answer.

Teachers also complained the questions were not age appropriate, describing them as “cruel nonsense”, “utterly deplorable” and having “absolutely NO relevance” to the Curriculum for Excellence.

And to some the multiple-choice questions were a “useless” way to test abilities anyway, as pupils could get good marks by guessing the answers, no matter how skilled they were.

Andrea Bradley, assistant secretary of the Educational Institute of Scotland, the country’s largest teaching union, said: “It is clear that our members view the use of SNSAs in primary one in particular to be inappropriate, unnecessarily stressful for young children and an inhibitor rather than an aid to their learning.”

The FoI response was published by the Scottish Liberal Democrats, who are demanding that children starting primary school this month won’t have to undergo the same ordeal of their peers.

The tests were introduced by SNP leader Nicola Sturgeon and Education Minister John Swinney in a bid to drive up Scottish educational standards.

But Willie Rennie, the Scottish Lib Dem leader, said the “overwhelming” volume of complaints about the new tests should urge Mr Swinney and Ms Sturgeon to scrap them.

He said:”The feedback from teachers from every corner of Scotland is brutal.

“Testing P1s was clearly soul destroying and countless teachers report their classes and learning grinding to a halt for weeks.

“And for what? Teachers are unanimous in saying that they don’t think the resulting data is remotely reliable, useful or fair. The results are destined for the shredder.”

Mr Swinney has already shelved the SNP’s flagship Education Bill in June amid pressure from councils and teaching unions.

A Scottish Government spokesman said: “We are currently conducting a user review of the first year of the assessments, which includes listening to the experience of teachers.

“The review will set out changes and enhancements to the system for next year and will be published in August.

“We will continue to listen to the views of teachers and take the action necessary to improve standards in our schools and to close the attainment gap.”