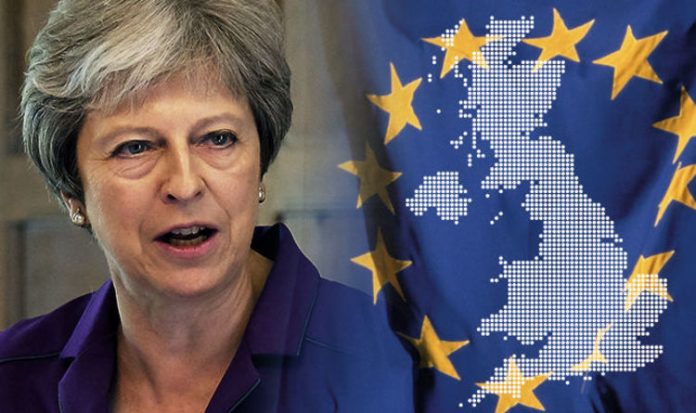 THERESA May’s leadership has been called into severe question today after the shock resignation of David Davis sparked a massive Brexit crisis for the Prime Minister.

The Brexit Secretary resigned from the Cabinet last night after telling Mrs May he could not sell her policy to Britain following the outcome reached at a meeting at Chequers on Friday.

The Prime Minister is seeking to gain support for her plan and quell a backlash from Brexiteers over her soft Brexit model.

But she now faces a major test in the House of Commons and potentially a fractious meeting with MPs and peers on Monday.

She is expected to tell MPs that the strategy agreed upon at Chequers is the “right Brexit” for Britain.

The Cabinet supported Mrs May’s “third way” model for the future customs arrangement with the EU following Brexit, but the option was heavily criticised by Brexiteers.

There is now growing speculation that the Prime Minister’s plans could spark a leadership by pro-Brexit Conservative MPs.