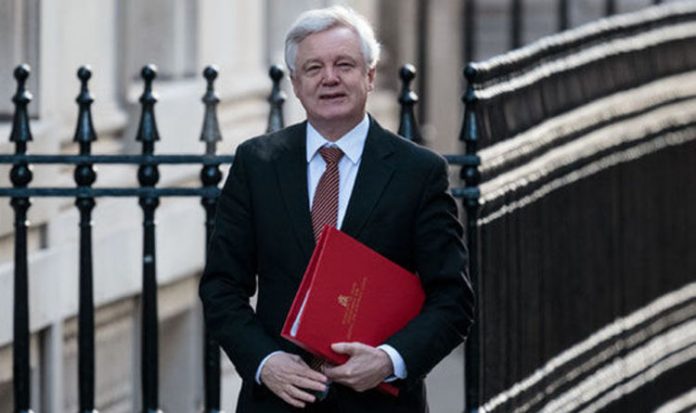 The Environment Secretary is a prominent Brexiteer and – hours before Mr Davis’s resignation – on Sunday urged fellow Tories to get behind the Prime Minister and her Brexit plan agreed at a Chequers summit on Friday.

Mr Gove would likely be a contender in any future leadership contest, which could influence his decision on whether to spearhead Mrs May’s plans for Brexit.

The Foreign Secretary backed the proposals at Chequers despite claiming that defending the plans during the meeting was like “polishing a t***”.

Like Mr Gove – who infamously made a rival bid for the leadership after the referendum – Mr Johnson has long been suspected of aiming to lead the party and be prime minister.

The Cabinet Secretary is effectively Mrs May’s deputy and has previously held the position of Europe Minister in the Foreign Office.

The MP for Aylesbury campaigned to remain in the European Union.

The MP for for Worcester is one of two ministers left in post at the Department for Exiting the European Union (DExEU) after the resignations of Mr Davis, his deputy Steve Baker and Suella Braverman.

Mr Walker campaigned for Remain in the referendum.

The second minister reported to remain at (DExEU) was an MEP for the North East of England. He also led the European Conservatives and Reformists group from 2011 to 2014.

He told the Today programme on Radio 4: “I think all of us feel a sense of great loss this morning because David Davis was an outstanding colleague.

“When we deliver a successful Brexit, which I believe we will, history will judge him to have been one of the key architects.”

He added: “He is a very thoughtful man with real integrity.”

Asked about comments made by Boris Johnson that the Brexit policy that sparked Mr Davis to quit was a “t***”, Mr Hunt said the Foreign Secretary had also called for the plan to be championed.

“It is possible sometimes for politicians to say two things that appear mildly contradictory and of all people Boris does sometimes do that,” he added.