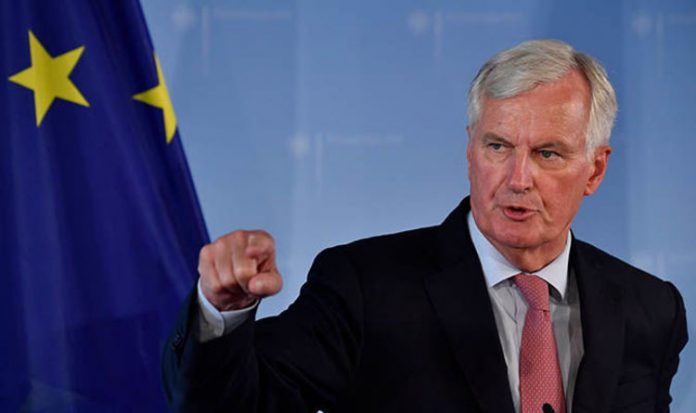 The EU’s chief negotiator told London to strike a deal securing continued access to the European Union’s single market or the customs union.

If the British government was to opt for a so-called hard Brexit, severing all the current ties with Brussels, companies would face disruption to their supply chains.

Mr Barnier told the German Sunday newspaper Frankfurter Allgemeine Sonntagszeitung newspaper: “Should the British government decide in favour of a customs union with us, which is still possible, things would be much easier.”

The Frenchman’s warning comes after the European Union urged its member states to ramp up their preparations for a no-deal Brexit.

Earlier this week, Mr Barnier said: “Brexit is not a game, it is far too serious.

“Our responsibility, including the business world, the unions, the citizens, the governments, is to be prepared for all options, this also includes a no deal scenario.”

The EU negotiator warned again in his latest remark about the importance to be ready for any outcome.

He said: “In any case, I advise industry to make their supply chains Brexit-proof.”

But Brexit Secretary Dominic Raab said he was “stubbornly optimistic” about the chances of striking a deal after this week’s talks in Brussels.

He said: “We’re committed to resolving the deal by the October council and ultimately on my side I am stubbornly optimistic that a deal is within our reach.”

In his statement to the press, Mr Raab added there could be the possibility for the UK to miss slightly the October deadline, as there are still crucial issues to be dealt off by negotiators.

Among them, there are the role of the European Court of Justice and the Irish border.

Asked about a possible extension of the negotiations beyond an informal October deadline, Mr Barnier issued a thinly-veiled attack to the UK.

“What we need are political decisions.”

The Frenchman has recently offered the UK what he called an “unprecedented” future partnership with the EU27.

But he warned this would depend on an “orderly” exit from the bloc and would come only if the parts settled outstanding issues like the Irish border.