Brexit trade talks between the UK and the EU continue to hang by a thread with fishing proving the biggest stumbling block to a deal. French President Emmanuel Macron has demanded the same access to UK waters for his fishermen beyond Brexit and is unwilling to give EU chief negotiator Michel Barnier room to compromise.

Boulogne-sur-Mer is one of the largest ports in France and fishermen there have warned they are considering blocking ports  if there is no deal, sparking a huge backlash from Express.co.uk readers.

Commenting on an earlier story, one reader said: “EU fishing fleets should have the quota that our fishermen currently get between them. They were NOT sympathetic when our fishermen lost their boats and livings.”

A second reader wrote: “Ahh… throwing their French toys out of the pram! Now you know what British fishermen have felt like for the last 40 years. You want our fish, you can pay for them!”

A third commented: “UK does not owe French firshermen a living. That’s their issue and Macron’s. UK fisherman are our governments concern and the UK has spoken with the backing of at least 15million British citizens.

“It’s time Boris got his act together and walk away. The EU is never going to agree a deal, so walk.”

Britain is set to leave the EU’s Common Fisheries Policy at the end of the transition period and take back control of its territory.

The UK is understood to have put forward a proposal to reduce EU quotas over a three-year transition period until 2024.

Under the current terms around a quarter of France’s national catch comes from Britain’s waters.

Laurent Merlin, a fishermen at the Boulogne-sur-Mer port, highlighted the huge consequences a no deal scenario would have.

Speaking to the BBC, he said: “We’re devastated. If we can’t enter British waters, it’s practically the end of our profession.

“We might decide to flex some muscles. We got into trouble before for blocking the port of Calais, but it’s something we will discuss.”

Another fishing captain in the region urged the French President to soften his approach and accept a reduction in quotas.

Boris Johnson held talks with European Commission President Ursula von der Leyen this evening where he expressed his “disappointment” at the lack of progress.

The Prime Minister had previously set the EU a deadline of October 15 – the day of the EU Council summit – to finalise an agreement.

A No 10 spokesman said: “The Prime Minister noted the desirability of a deal, but expressed his disappointment that more progress had not been made over the past two weeks.

“The Prime Minister said that he looked forward to hearing the outcome of the European Council and would reflect before setting out the UK’s next steps in the light of his statement of September 7.”

In a post on Twitter, Mrs von der Leyen added: “The EU is working on a deal, but not at any price. Still a lot of work ahead of us.” 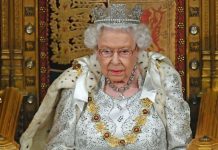